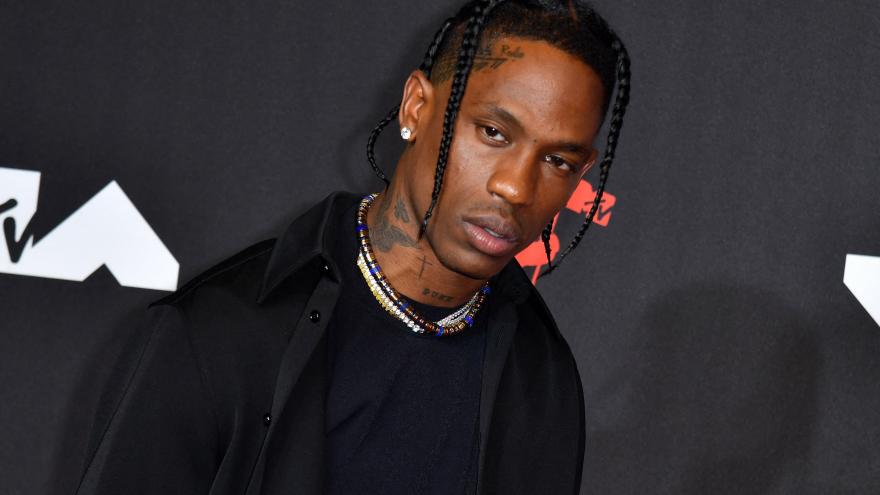 (CNN) -- Travis Scott told radio and talk show host Charlamagne tha God that he's been on an "emotional rollercoaster" since 10 people died and many more were injured at his Astroworld Festival.

The rapper, who has denied legal liability, sat down with Charlamagne for an almost hour-long interview that was posted on YouTube Thursday.

It was Scott's first extensive interview since the tragedy, and he started out saying how hard it's all been because he has "felt so connected" to his fans.

"It really hurts," he said. "It hurts the community, it hurts the city [Houston where he is from and where the annual festival was held]. It's a lot of feelings, a lot of grieving."

Scott denied initially knowing concertgoers had been hurt, saying he "didn't know the exact details until minutes before the press conference," after he performed.

"People pass out, things happen at concerts, but something like that," he said, trailing off.

According to Scott, his visibility from the stage while he was performing was limited, but what he did see he acted upon.

"Anytime I could see anything like that, I did," Scott said. "I stopped it a couple times to just make sure everybody was OK."

He also addressed the "raging" culture his concerts have been known for and that some have blamed for the deaths and injuries.

Scott said "raging" is "about letting go and having fun."

"As artists, you trust professionals for when things happen that people can leave safely," Scott added.

"And this night was just like a regular show, it felt like to me, as far as the energy," he said. "People didn't show up there just to be harmful. People just showed up to have a good time and something unfortunate happened and we just need to figure out what that was."

More than 140 lawsuits have been filed since the Astroworld tragedy.