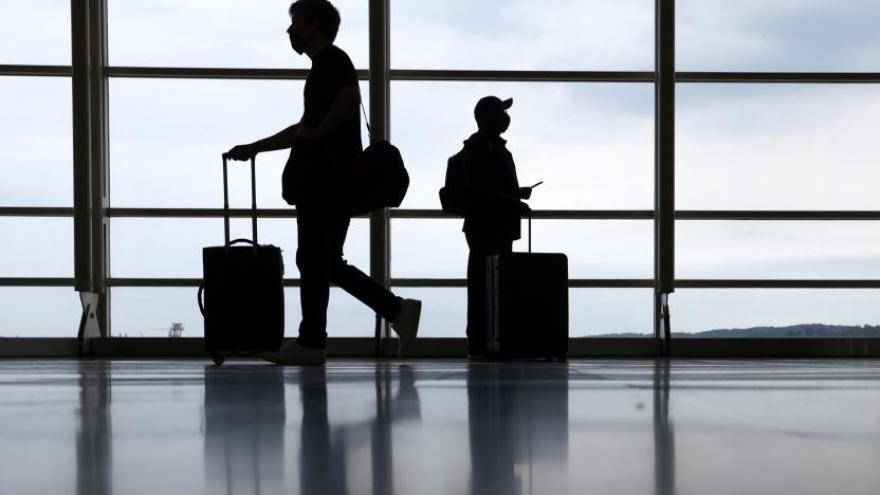 (CNN) -- The way airlines handle extra, optional fees -- such as the charges to check a bag or reserve a specific seat -- could change under a set of rules being developed by the Biden administration.

The rules -- requiring faster refunds and upfront disclosure of fees -- are under development at the US Transportation Department, said Brian Deese, director of the White House's National Economic Council. Deese said at a recent White House briefing that the plans would "protect airline passengers and to promote fair ... competition in the airline industry."

The proposals will come on the tail of a significant pandemic-related spike in consumer complaints about airlines, nearly all expressing dissatisfaction with airline refund policies.

The first proposal, due to be released in days, would require airlines to refund extra fees in more circumstances than under the current requirements, according to a source familiar with the plans.

It would require airlines to refund fees for checked bags that arrive late, the source said -- more than 12 hours delayed for a domestic flight and 25 hours delayed for an international flight. If the bag is not delivered in that window, the rule would require a refund of any checked bag fees. The official said current refund rules apply to lost -- but not delayed -- luggage.

That proposal would also require the prompt refund of optional fees if the service -- such as choosing a seat and using Wi-Fi internet -- does not work or is not used, the source said. The current federal rule requiring this type of refund is limited to instances where the airline does not allow the passenger to board.

Another proposal, due out later this year, would require airlines to inform customers prior to selling the tickets about fees for baggage and to change or cancel tickets.

"This disclosure would stop families from getting hit with hidden airline fees and allow families to comparison shop between flight options more easily so they can get the best tickets available," the official said.

Baggage, change and cancellation fees added up to $8.6 billion in 2019, according to Transportation Department reports.

Complaints about airline policies and actions skyrocketed last year during the pandemic. The Transportation Department reported fielding more than 102,000 consumer complaints in 2020, up from only 15,000 the year before.

More than 87% of the complaints were about airline refunds, prompting officials to issue official notices reminding airlines of the rules. Twice last year -- in April and May -- the Transportation Department received more complaints about refunds alone than it had received about all topics combined in the entirety of 2019.

The department has proposed a fine of more than $25 million against Air Canada for alleged ticket refund violations, which the airline has disputed.