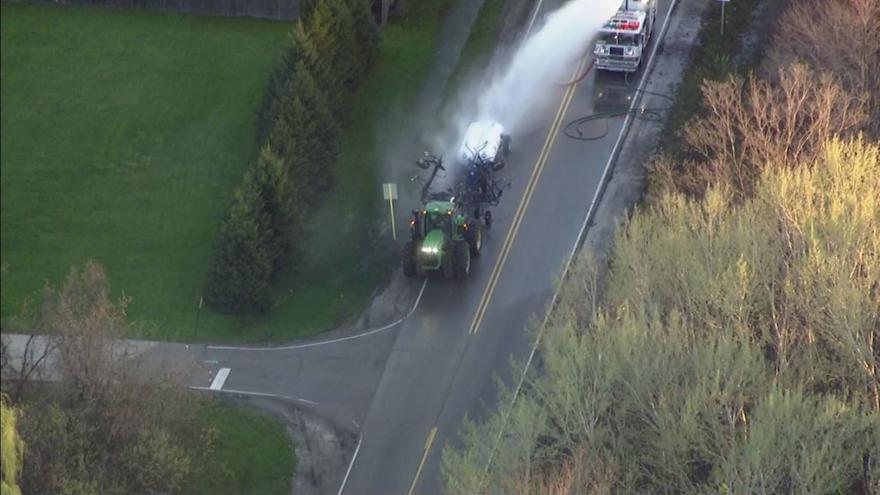 BEACH PARK, Ill. (AP) — A tractor driver was towing tanks of ammonia from a farm in Wisconsin to a farm in Illinois when the chemical leaked, creating a toxic gas cloud that injured dozens of people in a Chicago suburb, authorities said Friday.

The man driving the tractor and its owner are cooperating with authorities, Covelli said. No explanation has been provided on the cause of the leak.

More than three dozen people ended up in hospitals, mainly with breathing problems. Seven of those remained in intensive care Friday, including a firefighter. The majority of the injured have been treated and released from hospitals. Eleven firefighters and three police officers were injured.

"We will also be interviewing all of the injured individuals and as many of the fire and police responders as we can," DePaepe said. "The EPA is out on site. They're testing to make sure the area is safe."