Toys 'R' Us is coming back. Soon, it'll be almost everywhere 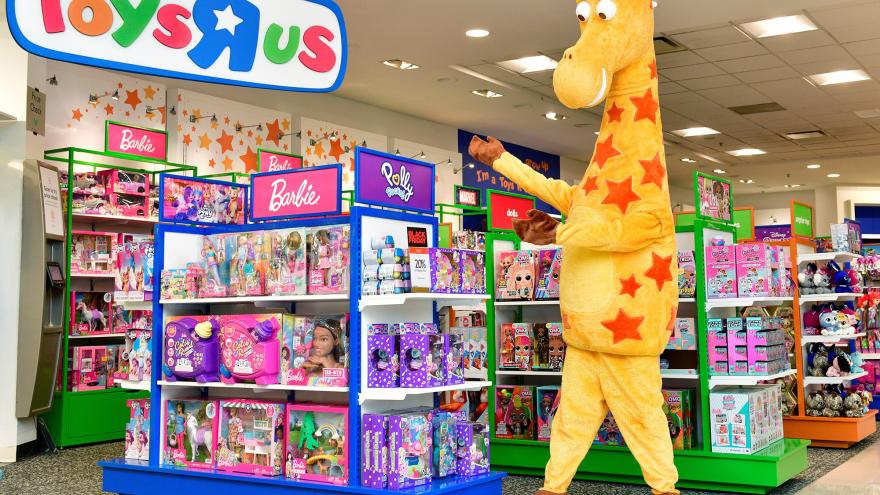 (CNN) -- Once left for dead, Toys "R" Us is making a major comeback. The toy store brand will be just about everywhere for the holidays.

Toys "R" Us will be in every US Macy's in the next few months, part of an expanded partnership with the toy retailer's parent company, WHP Global.

The toy stores will range in size from 1,000 square feet in smaller locations to up to 10,000 square feet in flagship Macy's in Atlanta, Chicago, Honolulu, Houston, Los Angeles, Miami, New York and San Francisco. The Toys "R" Us footprints may expand during the peak holiday season.

The stores will open beginning in late July through October 15th. Macy's plans some customer-friendly perks, including demonstration tables for new toys and a life-size Geoffrey giraffe photo opp.

The once-storied toy store went bankrupt and closed all its stores in 2018. It has attempted several unsuccessful comebacks via various owners.

WHP Global bought the toy retailer from Tru Kids Inc., which took over the failing brand in a liquidation sale. Tru Kids had opened stores in New Jersey and Texas, but it closed them in early 2021 because of the pandemic.

Both Macy's and Toys "R" Us have been hurt by shifting consumer habits and competition from big-box retailers such as Target and Walmart. But Macy's had a turn of fortune in recent months, outperforming the competition.

The company said in its first-quarter earnings report that its toy sales were 15 times higher than the comparable period prior to the partnership.

Prior to the deal Macy's sold toys in its main stores, "store-within-a-store" Backstage locations and freestanding stores Market by Macy's and Backstage.