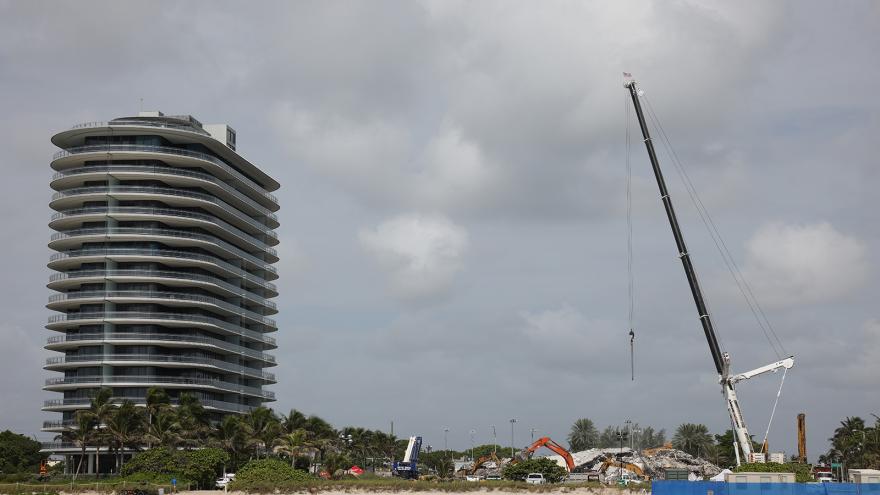 (CNN) -- Nearly four weeks ago, search and rescue crews were faced with a mountain of concrete rubble and twisted metal as they tried to find the victims of the Surfside condo building collapse.

Now, images of the scene show an empty space where hundreds of people once lived.

More than 22 million pounds of debris have been cleared from the site since the Champlain Towers South partially collapsed on June 24 while many of the residents were asleep.

Since then, 97 bodies have been recovered and 95 have been identified. 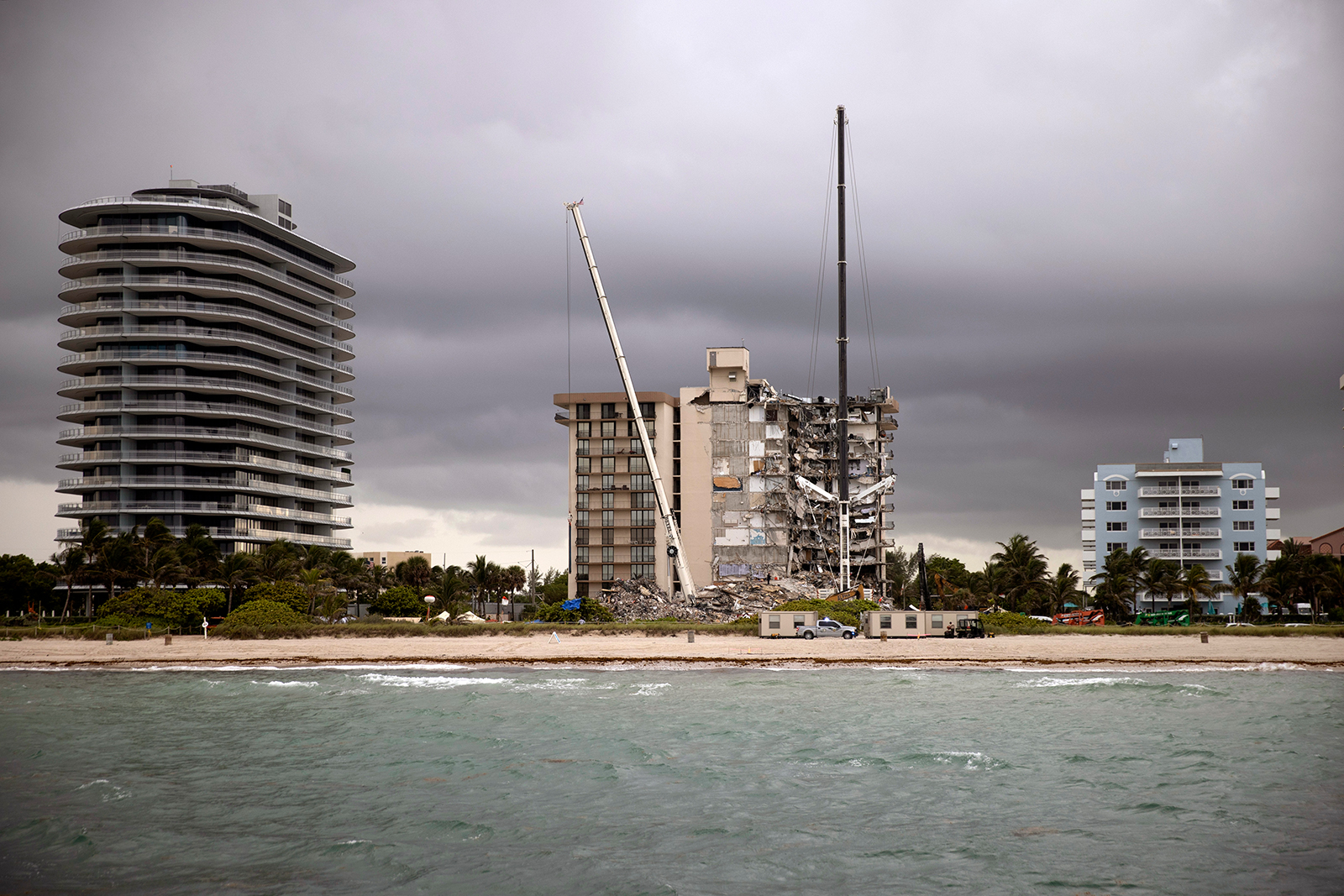 Even as time went on and the possibility of finding survivors diminished, crews on the ground remained dedicated to the arduous task of combing through the rubble, pausing only for dangerous weather and when the remains of the building were demolished.

Officials promised families that the search would not end until every loved one was recovered.

"On the original collapse site, we are almost at the bottom," Miami-Dade Police spokesperson Alvaro Zabaleta told CNN last week. "Does that mean we are almost done with the search? No. Until we clear the entire site and find no more human remains we are not done."

All that is left are a handful of scattered concrete stumps in the imprint of the building.

Once the search has officially ended, an investigation into what caused the collapse can fully begin, experts said.

"Until they do their job, we can't go in to do samples of materials and take those samples and test them to understand what the various components of the building that came down was," structural engineer Allyn Kilsheimer told CNN's Ana Cabrera.

The first night that he was on the scene, Kilsheimer, who also investigated the aftermath of the 9/11 attack on the Pentagon, said he had about 20 or 30 theories of possible triggers.

The agony of waiting

Many families now have answers to questions over the fate of their loved ones, marking a new chapter in their mourning.

In the days after the collapse, Debbie Hill's father was considered missing, and not knowing where he was and what happened to him was "the big issue," she told CNN's Erin Burnett.

Nicole Ortiz said the agony of waiting to learn the fate of her sister and nephew was indescribable.

Sergio Lozano is coping with the loss of both of his parents, Antonio and Gladys.

"They died together," Lozano said. "It's not fair -- being crushed, being destroyed. It's not fair."

The judge overseeing the civil lawsuits in the collapse said survivors and families of the victims will not be asked to donate their real estate for the public good.

During a status hearing on Wednesday, 11th Judicial Circuit Court Judge Michael Hanzman said he is not immune to comments being made suggesting the site needs to be turned into a memorial.

But, Hanzman said, the court's concern is the victims telling attorneys at the hearing, "regardless of the views of some people who are not victims, this court's task and your task is to compensate the victims of this tragedy, period."

Judge Hanzman said his job is to make sure victims get what they are legally entitled to.

"These victims who have lost their homes, their personal belongings, and in many cases their lives are not going to be sacrificing the value of their real estate for the public good."