Tourist snaps toes off 19th-century statue while posing for photo 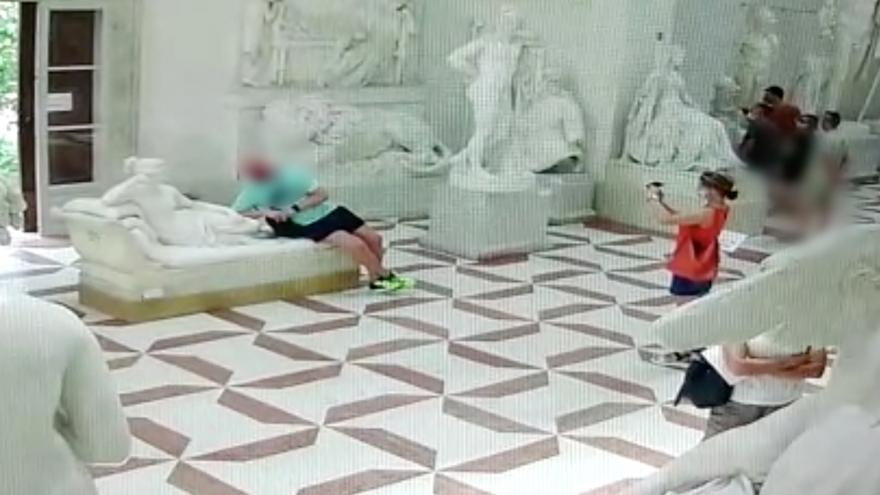 (CNN) -- Police in Italy have identified a 50-year-old Austrian man who broke three toes off a statue at a museum as he posed for a photo with the artwork.

The 200-year-old plaster cast model of Antonio Canova's statue of Paolina Bonaparte was damaged in the incident on July 31 at the Gipsoteca Museum in Possagno, northern Italy, Treviso Carabinieri, the local law enforcement agency, told CNN.

The man, whose name has not yet been released, was caught on a surveillance camera jumping up onto the statue's base to get a picture when the maneuver inadvertently snapped its toes.

The damaged statue is the original plaster cast model from which Canova carved a marble statue that is housed in the Borghese Gallery in Rome.

Canova was a revered sculptor who lived from 1757-1822 and was famous for his marble statues.

Police told CNN that the man was with a group of eight Austrian tourists and broke away to take a selfie of himself "sprawled over the statue."

In doing so, he broke three toes off the statue's right foot and "there could be further damage to the base of the sculpture that the museum experts still have to ascertain," according to investigators.

Vittorio Sgarbi, the president of the Antonio Canova Foundation, wrote in a Facebook post that he has asked police for "clarity and rigor." He wrote that the man must not "remain unpunished and return to his homeland. The scarring of a Canova is unacceptable."

Coronavirus measures mean that all museum visitors must leave their personal information for eventual contact tracing in the event that an outbreak is tied to a museum visit. This is how the man was identified.

When police contacted a woman who signed in on behalf of herself and her husband, she burst into tears and admitted her husband was the toe breaker, according to a press release from Treviso Carabinieri.

The husband, who was also upset, then confessed and repented for the "stupid move," according to the release.

A court in Treviso is currently deciding whether to press charges.

It is not the first time a valuable piece of artwork has been damaged in an attempt to get a memorable picture.

In October 2018, a woman damaged two artworks, by Francisco Goya and Salvador Dali, after knocking them over while trying to take a selfie at a gallery in Yekaterinburg, Russia.