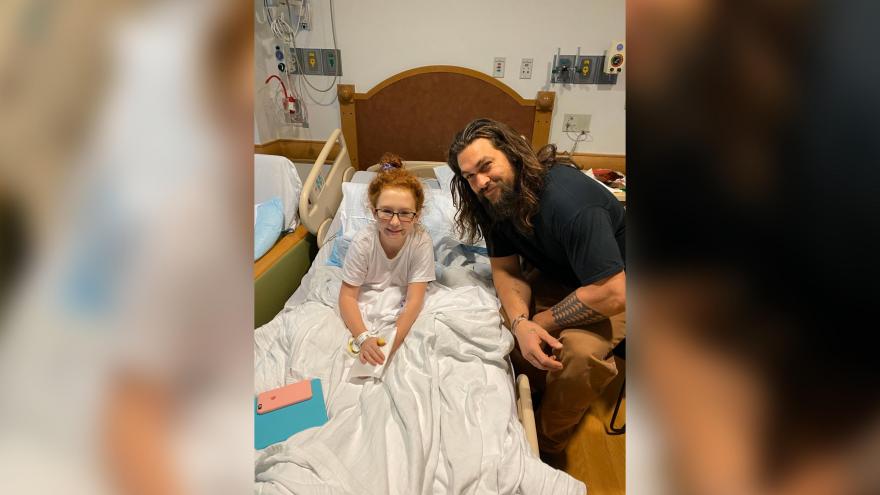 (CNN) -- Actor Jason Momoa, best known for his tough guy roles such as Khal Drogo in "Game of Thrones" or Aquaman, showed a different side on Monday that was anything but.

Momoa took a break from shooting his new Netflix thriller to bring smiles to patients' faces at UPMC Children's Hospital of Pittsburgh.

The hospital tweeted four photos of the actor visiting several patients with their families: "Thanks to actor Jason Momoa, for stopping by this morning to visit the patients and families at UPMC Children's!"

This isn't the first time Momoa met with young fans battling illnesses. Last July, the 40-year-old posted a series of photos from his first time volunteering with the Make-A-Wish foundation.

Momoa is in Pittsburgh to shoot "Sweet Girl," a new Netflix thriller, according to CNN affiliate KDKA. The film will feature Momoa, who is also producing the film, as a father trying to seek justice for his wife's death while protecting his daughter and company from corruption, according to KDKA.