Toronto Police shot and killed a man who was carrying a firearm near three schools, police say 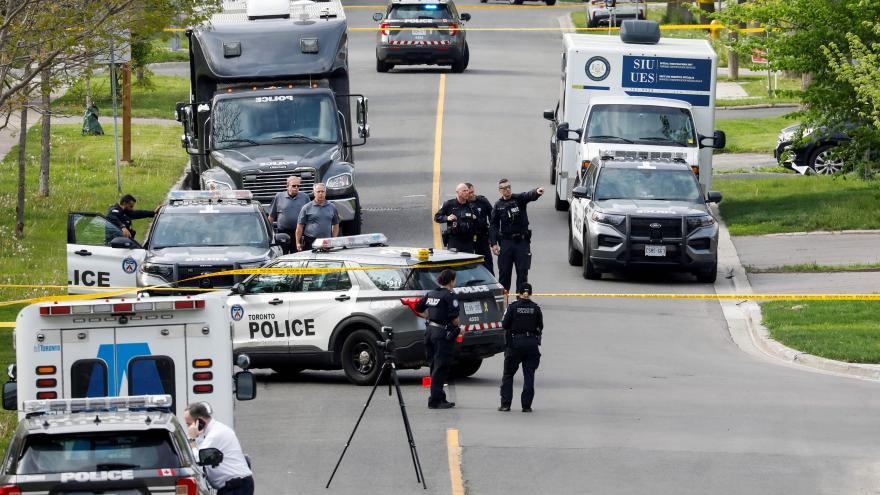 (CNN) -- Toronto Police fatally shot a man who was seen carrying a firearm near three schools in the Scarborough area Thursday, police said.

Officers responded to reports of a man carrying a firearm and "there was an interaction" between officers and the man, according to the Special Investigations Unit in the Canadian province of Ontario. At some point during the interaction, two officers shot at the suspect, hitting him at least once, police said. The suspect was pronounced dead at the scene.

At least four schools in the area were under lockdown Thursday as authorities tried to determine the extent of the threat, according to a series of tweets from the Toronto District School Board.

The incident comes as the US is grappling with the shock of two recent mass shootings: its deadliest school shooting in nearly a decade in Uvalde, Texas, and a racist shooting at a supermarket in Buffalo, New York.

"We certainly understand the trauma and how traumatic this must have been for staff, students and parents given the two recent events that have happened in the United States," said Toronto Police Chief James Ramer at a news briefing after the incident, referencing the Uvalde and Buffalo shootings.

He added that he understands the community's concern as the armed suspected was very close to schools.

Ontario's Special Investigations Unit is now investigating the fatal shooting, according to a news release.

Ontario premier Doug Ford tweeted his thanks to police and emergency services for their "quick action."

"Thank you to police and emergency services for your quick action today in Scarborough," he said. "We're extremely grateful for everything you do to keep our communities safe."