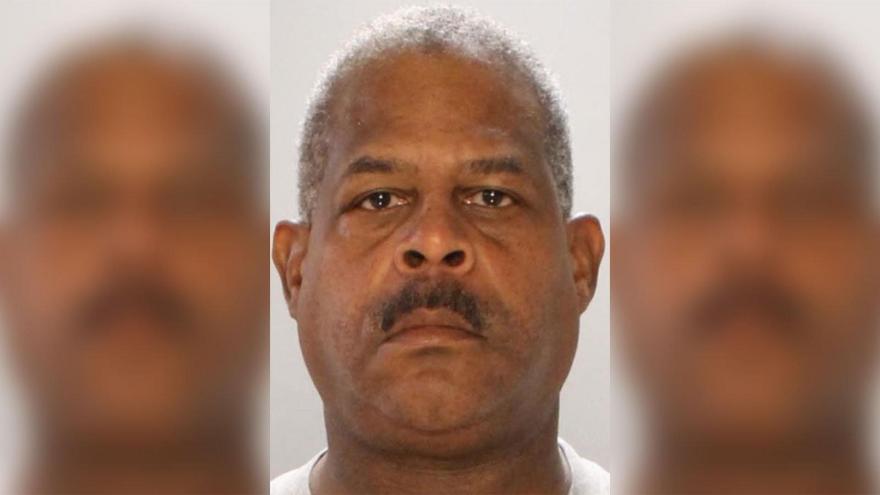 (CNN) -- Philadelphia Police Chief Inspector Carl Holmes has been arrested and charged with sexually assaulting three female officers to whom he presented himself as a mentor, according to prosecutors.

Holmes, 54, one of the highest ranking members of the department, allegedly used his position to insulate himself against the allegations, which resulted in internal affairs investigations against his accusers, a grand jury presentment said.

"All three women testified about the extent to which (Philadelphia Police Department) culture discourages reporting a fellow officer, especially a boss," the document said. "Doing so can leave you vulnerable, and on the wrong side of the blue line."

The case comes two months after Richard Ross Jr. stepped down as commissioner of one of the country's largest police departments amid allegations of sexual harassment and gender and racial discrimination within the force.

Holmes did not immediately return a voicemail message seeking comment. It's unclear if he has an attorney.

Roosevelt Len Poplar, a vice president of the Philadelphia Fraternal Order of Police Lodge No. 5, told CNN that the union is not representing Holmes. Poplar declined further comment.

He was jailed and then released Friday after 10% of his $850,000 bail was posted, according to CNN affiliate WPVI. He was ordered not to have contact with the victims, WPVI reported.

Holmes, who rose through the ranks after being hired in March 1990, has been suspended for 30 days, with intent to dismiss, police said.

The alleged crimes occurred between 2004 and 2007, according to the presentment.

Holmes over the years "developed relationships with new recruits and young female police officers" through his rank and position at the training academy and presented "himself as a safe resource or mentor," the Philadelphia district attorney's office said in a statement.

Holmes allegedly "came on to" two female officers who had sought "guidance and mentorship" from him, and "against their will and without their consent kissed them, fondled their breasts, and digitally penetrated" them in a police department office, according to the court document.

In the first case, in the summer of 2004, the officer sought Holmes' help after she was sexually harassed and stalked by her supervisor, the document said.

Holmes told the officer that he was friends with her supervisor and warned that she should "prepare for a fight" if she decided to file an Equal Employment Opportunity claim against the man, according to the presentment.

Near the end of the meeting, Holmes allegedly grabbed the officer, lifted her onto his desk and "started trying to kiss (her), trying to force his tongue into her mouth. kissing down her neck, and groping her breasts," the court document said.

When the officer pleaded with him, swearing not to say anything if he let her go, Holmes allegedly told her that "no one would believe some little b---- like her anyway" and that he "could make her disappear," according to the presentment. At one point, Holmes allegedly pushed "one of his fingers inside her vagina" before she managed to get away.

Weeks after filing a complaint against the supervisor, the officer was was arrested after "abandoned drugs were found and seized from her trash can while it was on the street, outside her home," the document said. She was investigated by internal affairs for nearly three years for associating with drug dealers -- an allegation later deemed unfounded.

A second incident allegedly occurred at party for Holmes

The second alleged assault occurred during a party for Holmes at a Philadelphia lounge. In the parking lot, Holmes allegedly led the officer into his city-issued Dodge Durango and sexually assaulted her as she pleaded that her husband was waiting for her, according to the presentment. He allegedly touched her breasts, penetrated her with his fingers and placed her hand on his exposed penis as he masturbated, the document said.

The third incident was in 2006 or 2007 and involved a woman from a family of police officers. She alleged that Holmes called her into his office and the conversation went from casual to personal to sexual, the document said. After pushing himself against her, Holmes allegedly stuck his hands down her pants and inserted his finger into her vagina, according to the presentment.

The officer eventually settled a lawsuit against the city, the department and Holmes, the presentment said. She resigned as a condition of the settlement.

The allegations, with similar details shared by three women who did not know one another at the time of the assaults, "exemplify a toxic and sexually overt work environment for women officers," the document said.

Mayor Jim Kenney said in August that the city had implemented reforms to prevent workplace discrimination and harassment.

"While rolling out a new policy understandably takes time, I do not believe the police department has taken the necessary actions to address the underlying cultural issues that too often negatively impact women -- especially women of color," he said. "I will be enlisting the help of an independent firm to investigate the recent allegations and to make recommendations to overcome some of the discrimination and harassment within the department."

Philadelphia has the nation's fourth largest police department, with more than 6,300 sworn members.

Ross, the city and others were named in a lawsuit filed in August by two female Philadelphia officers. One plaintiffs, Cpl. Audra McCowan, claimed that she called Ross to report that she had been experiencing sexual harassment and a hostile work environment and that she had been punished for reporting it. The lawsuit claimed Ross declined to act on the allegation.