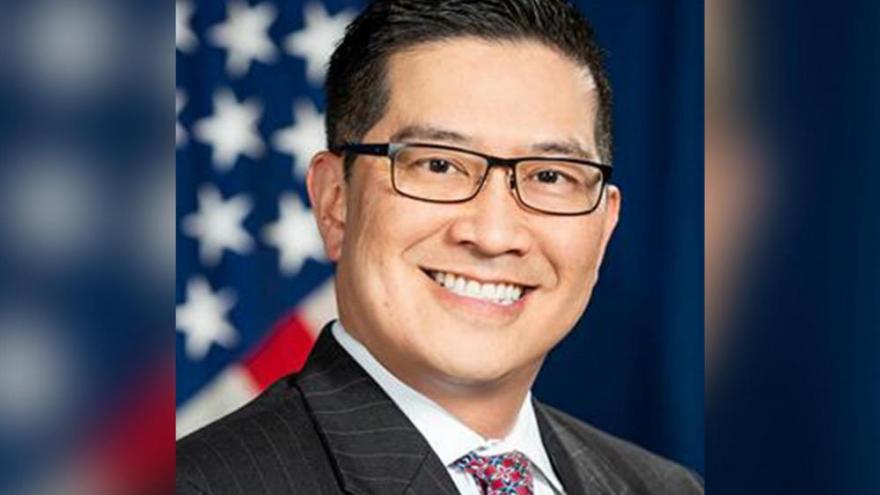 (CNN) -- The top lawyer at Immigration and Customs Enforcement will succeed Matt Albence to lead the agency, ICE announced Tuesday.

Tony Pham, who came to the United States as a refugee, previously served as ICE's principal legal adviser. "As a seasoned leader with DHS Tony will ensure ICE continues to safeguard our country's borders from crime and illegal immigration," ICE said in a statement. Pham, who joined ICE in January, will serve as the senior official performing the duties of the director.

It's the latest announcement at the Department of Homeland Security, which has undergone a series of personnel shifts. On Tuesday, President Donald Trump nominated Chad Wolf to be secretary -- a position Wolf has been filling in an acting capacity for 10 months.

The three immigration agencies within DHS have regularly been under acting leadership over the course of the Trump administration.

In late July, Albence announced that he was retiring from the agency he has led since last year. "This was an exceptionally hard decision to make, a decision prolonged due to the uncertainty of a global pandemic and the essential role ICE continues to play in our nation's response," Albence said in a statement at the time.

A longtime career law enforcement official, Albence had filled the top spot at the agency multiple times during the Trump administration as leadership at ICE -- an agency at the center of Trump's immigration agenda -- has shifted.

Before his time at ICE, Pham served as the superintendent of the Virginia Peninsula Regional Jail and as a special assistant US attorney, according to his bio. Unlike other top officials at the agency who are career officials, Pham is a political appointee.

Pham is "very much aligned with the current administration," a senior Homeland Security official told CNN, adding that as general counsel at ICE, he is an ally of Chad Mizelle, the department's top lawyer.

"Albence will certainly be missed. It was always good to have someone that was able to offer a viewpoint that wasn't always well received but was always accurate and consistent and took care of law enforcement personnel," said the official.