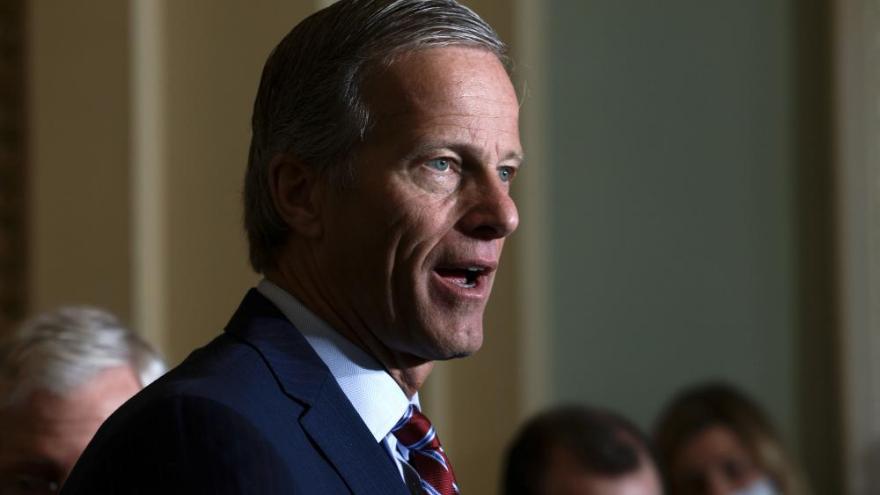 (CNN) -- Several GOP senators raised new concerns Thursday about former President Donald Trump's handling of classified documents, rejecting his claim that he could simply declassify the secret records by "thinking about it."

In interviews with CNN, the senators broke from Trump's claim that everything was handled appropriately, diverging from many in the party who have sidestepped questions about the matter or have vigorously defended the former President.

Asked about Trump's claim on Fox News that he could simply declassify documents by thinking about it and there's no process for him to follow to do that, Senate GOP Whip John Thune told CNN there's a process for declassifying documents.

"And I think it ought to be adhered to and followed. And I think that should apply to anybody who has access to or deals with classified information," Thune said.

"I think the concern is about those being taken from the White House absent some way of declassifying them or the fact that there were classified documents removed — without sort of the appropriate safeguards," the South Dakota Republican continued, adding, "I think that is what the Justice Department is getting at."

Sen. Thom Tillis, a two-term Republican from North Carolina who sits on the Senate Judiciary Committee, told CNN that he believes there's a process that must be followed by a President to declassify the records.

"The process is probably more complicated than that," he said of Trump's claim that he could declassify anything by thinking about it.

The comments diverge from GOP leaders like Mitch McConnell, who has largely declined to comment about the Mar-a-Lago search, and House Minority Leader Kevin McCarthy, who has defended Trump through the process.

On Thursday, other senators sidestepped questions about the matter.

"I think there's prerogative on the part of the President to declassify," Indiana Sen. Mike Braun said when asked about Trump's comments. "What the proper methodology is, I don't know. I guess we'll find out how."