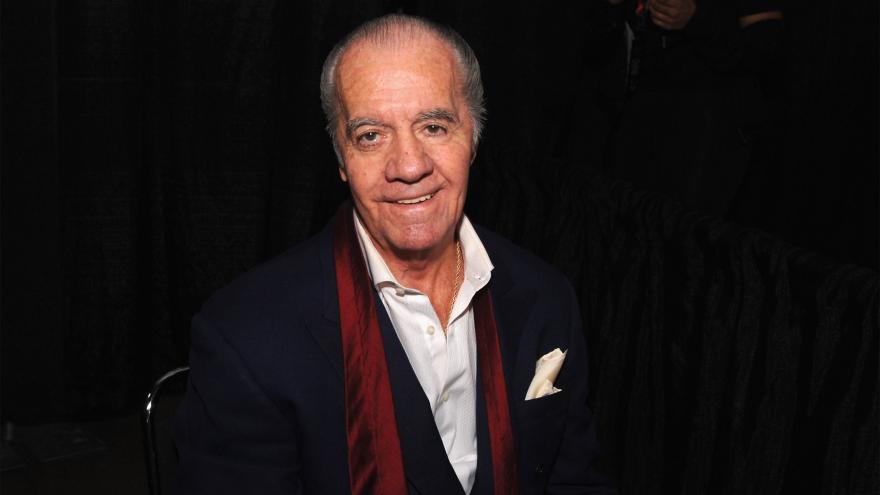 (CNN) -- Actor Tony Sirico, who is best known for playing henchman Peter Paul "Paulie Walnuts" Gualtieri on HBO's "The Sopranos," has died, according to his manager Bob McGowan.

He was 79, according to his IMDB profile.

McGowan did not provide a cause of death, but called Sirico a "very loyal and long-term client" of 25 years and someone who "always gave to charity."

"Tony was like no one else: he was as tough, as loyal and as big hearted as anyone i've ever known," he wrote. "I was at his side through so much: through good times and bad. But mostly good. And we had a lot of laughs."

But he became well known -- particularly in households with cable -- through "The Sorpanos," playing the colorful but brutal-when-necessary Paulie Walnuts.

At the time of his audition, he recalled in one interview, he was 55 and sleeping on his mother's couch. He'd auditioned for a different character, but creator David Chase approached him with a different role, that turned out to be iconic in its own right.

"He said, 'You want the good news or the bad news?'" Sirico recalled in a 2021 interview. "I said, 'Give me the bad news.' He said, 'You didn't get Uncle Junior. But I have something in mind. Would you be willing to do a recurring role on the show? I have a character called Paulie Walnuts.'"

After the show ended, Sirico appeared in shows like "Lilyhammer," "The Grinder" and "Family Guy."

But "Sorpanos" -- thanks in part to the show's renewed popularity through streaming -- remained his most memorable work.

"We found a groove as Christopher and Paulie and I am proud to say I did a lot of my best and most fun work with my dear pal Tony," Imperioli added. "I will miss him forever. He is truly irreplaceable. I send love to his family, friends and his many many fans. He was beloved and will never be forgotten. Heartbroken today."

"Tony Sirico was one of the kindest, fiercely loyal, and heartfelt men that I've ever known," he wrote. "He was always Uncle Tony to me, and Tony always showed up for me and my family. I'll deeply miss his pinches on my cheek, and his infectious laugh. He was a phenomenal actor and an even better man."