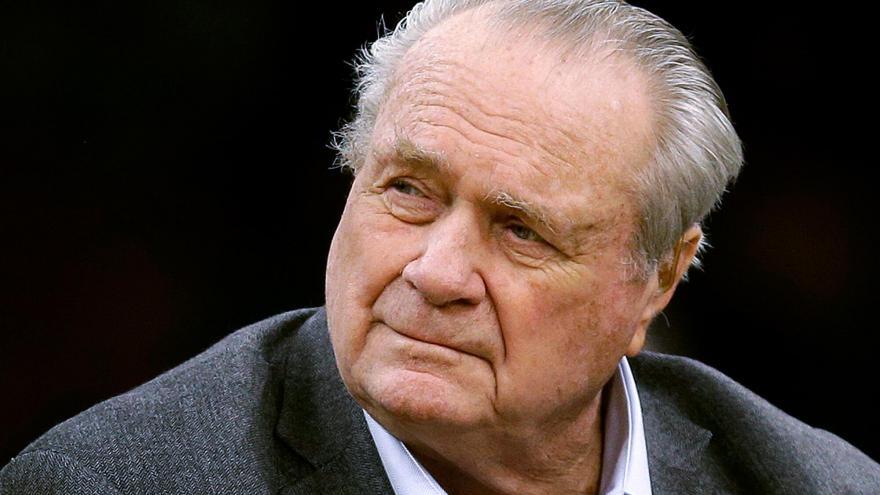 Heinsohn became the color commentator for Celtics television broadcasts in 1981.

(CNN) -- Boston Celtics legend and basketball Hall of Famer Tommy Heinsohn has died, the team confirmed Tuesday. He was 86.

The cause of death was unknown.

Heinsohn's legacy will forever be tied to the Celtics, where he played a part in all 17 of the franchise's championships -- from player to coach to color commentator.

He was drafted by the Celtics in 1956, and he won NBA Rookie of the Year for the 1956-1957 season while helping lead the team to the finals. In the series-deciding Game 7, Heinsohn scored 37 points and grabbed 23 rebounds to help the franchise win its first championship.

He was selected to six All-Star teams and won eight championships as a player with the Celtics, the team said. He led the team in scoring during four of the title runs.

"This is a devastating loss," the Celtics' owners said in a statement. "Tommy was the ultimate Celtic. For the past 18 years, our ownership group has relied hugely on Tommy's advice and insights and have reveled in his hundreds of stories about Red Auerbach, Bill Russell, and how the Celtics became a dynasty. He will be remembered forever."

Russell tweeted: "We were rookies together and friends for life. In life there are a limited number of true friends, today I lost one. RIP Heiny."

In 1969, Heinsohn was named head coach of the Celtics and he served in that role until 1978. He won coach of the year in 1973, and under his leadership, the Celtics added two more championship banners in 1974 and 1976. He finished his coaching career with a record of 427-263, which trails only Red Auerbach for most wins in franchise history.

"Celtics games will not be the same without Tommy, and he will be dearly missed by those who share his fervor for basketball," NBA commissioner Adam Silver said in a statement. "We extend our deepest sympathies to Tommy's family, his friends and the Celtics organization."

Heinsohn became the color commentator for Celtics television broadcasts in 1981, partnering with Mike Gorman to form a partnership that would last several decades.

"Roughly 2800 times I sat down with Tommy to broadcast a game," Gorman wrote on Twitter. "Every time it was special. HOF player...HOF coach...HOF partner. Celtics Nation has lost its finest voice. Rest In Peace my friend. It has been the privilege of my professional life to be the Mike in Mike & Tommy."

"For all of his accomplishments as a player, coach, and broadcaster, it is Tommy's rich personality that defined the man," the team said in a statement.

"A loving father, grandfather, and husband. A talented painter and a lively golf partner. Unofficial mentor to decades of Celtics coaches and players. A frequent constructive critic of referees. Originator of the most "Celtic stat" of them all, The Tommy Point. And a boundless love for all things Boston Celtics, a passion which he shared with fans over 64 years."