Tom Hanks reveals he shaved his head for a role, and he's not thrilled 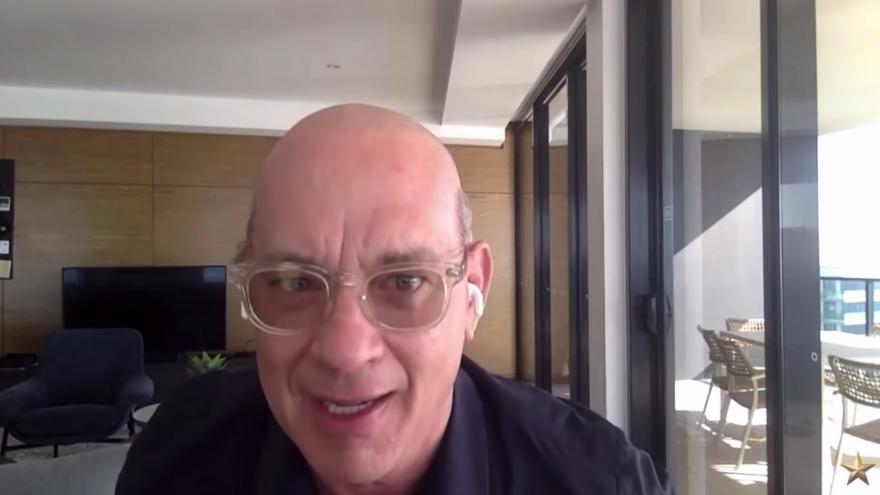 The 64-year-old actor (very briefly) revealed his new look during an appearance Tuesday on "The Graham Norton Show."

Hanks conspicuously had on a baseball cap for most of that appearance. At one point, he explained that he was currently in Australia filming Baz Luhrmann's upcoming biopic about Elvis Presley, in which he plays Presley's manager Colonel Tom Parker.

"Let me show you the horrible haircut I have to have in order to portray Colonel Tom Parker," Hanks said, while doing everything to hide his unfortunate haircut. "Check out this horrible ... Do you see that? Look at that thing?"

Then, for about a second, Hanks ducked down and brought his hairless scalp into view. If you blinked, you might have missed it.

But judging by the cries heard from the audience, everyone saw.

"I just scared the children. I want to apologize," Hanks said.

Though the bald look on Hanks came as a surprise to many of his fans, it's not the first time the actor has sported this look.

Before the coronavirus pandemic began (and before he and his wife, actress Rita Wilson, were diagnosed with the virus), Hanks was in Australia doing pre-production work for the same movie.

In April, he appeared on "Saturday Night Live" from home and explained what was going on with his hair -- or lack thereof.

"Don't worry now, don't be afraid," he told the audience. "This shaved head was just for a movie and my hair is growing back very slowly. It does save time in the shower, so I don't know maybe we should all do it, huh?"