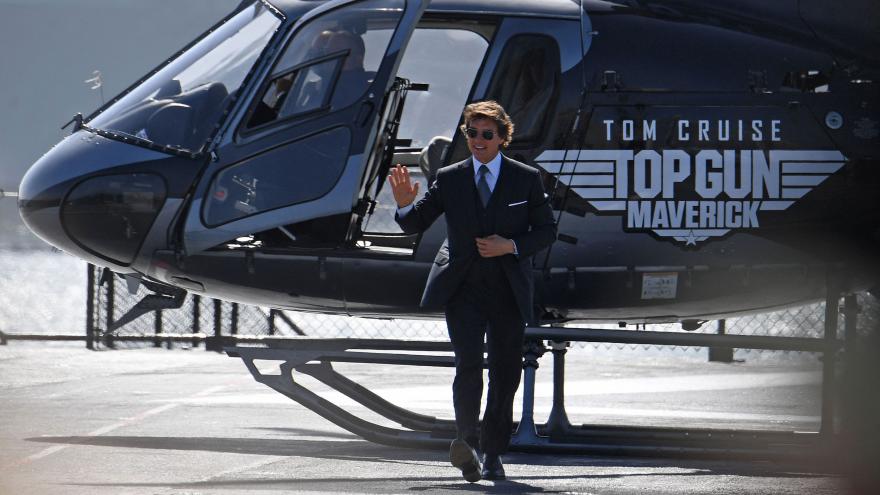 The movie comes more than three decades after the original 1986 "Top Gun," with Cruise excited to show the audience the new flick.

"Does anyone want to see a movie in a movie theater? Let's do it!" he told the crowd. "Let's light the fires and kick the tires."

Cruise once again plays pilot Lt. Pete "Maverick" Mitchell in the movie, set to open in theaters May 27.

The sequel also stars Jon Hamm, Miles Teller, Glen Powell and Jennifer Connelly, who were in attendance at the premiere. It is directed by Joseph Kosinski.