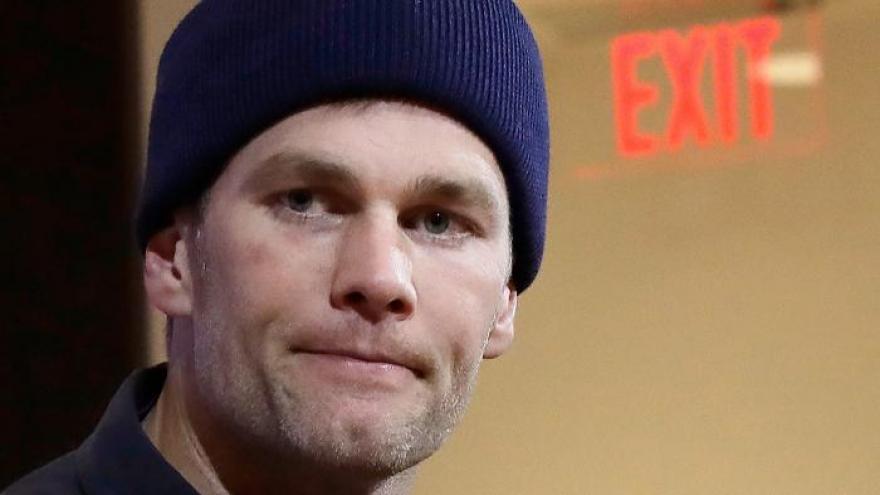 Tom Brady was caught working out in a closed Tampa park during lockdown.

(CNN) -- Like many public spaces across the country, parks in Tampa, Florida, are closed to visitors because of restrictions aimed at stopping the spread of coronavirus.

That didn't prevent one man from trying to get an outdoor workout recently.

The scofflaw was none other than new Tampa resident Tom Brady, according to Mayor Jane Castor. And, yes, the superstar quarterback was sighted (not cited), she said.

"I got to tell you this story, too. Now, I always tell people, I'm not one to gossip so you didn't hear this from me," Castor said.

"Our parks are closed down; and so a lot of our parks staff they patrol around just to make sure that people aren't doing contact sports and things like that, and saw an individual working out in one of our downtown parks," Castor said.

"And she went over to tell him that it was closed and it was Tom Brady."

The quarterback recently moved to Florida to play for the Tampa Buccaneers after 20 seasons and six Super Bowl wins with the New England Patriots.

CORRECTION: This story and headline have been updated to specify that Tom Brady was sighted, not "cited," working out in a closed Tampa park. He was not given a citation, according to a Buccaneers spokesman and the City of Tampa.