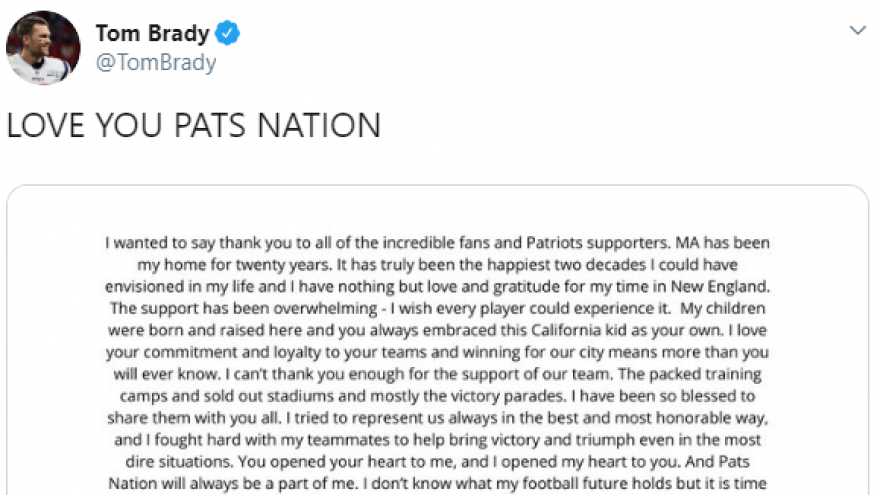 FOXBORO, Mass. (AP) — Tom Brady is an NFL free agent for the first time in his career.

The 42-year-old quarterback with six Super Bowl rings said Tuesday morning that he is leaving the New England Patriots.

He officially hits the league’s open market Wednesday, but could reach agreement with another team on Tuesday when players and clubs can negotiate deals.

A four-time Super Bowl Most Valuable Player and three-time league MVP, Brady has been the enduring face of the Patriots and the most-celebrated player of his generation. Now, he will be leading another NFL team.