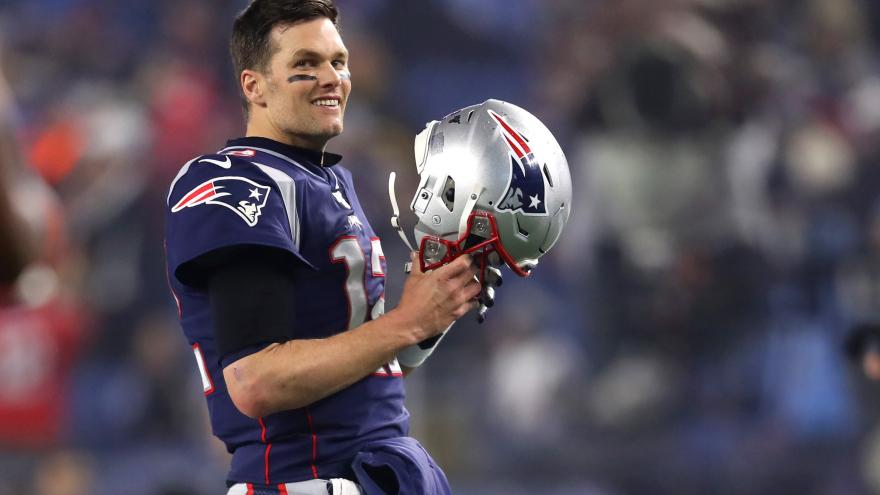 The 42-year-old is widely considered the greatest quarterback of all time and and had spent his entire NFL career -- 20 seasons -- with the New England Patriots, winning six of the nine Super Bowls he reached.

Tampa was one of the teams Brady was connected with after he announced his departure from the Patriots on Tuesday.

"Tom is a proven champion who has achieved greatness on the field because he demands the best out of himself and his teammates," said Buccaneers General Manager Jason Licht in a statement.

"I've known Tom since we drafted him in New England 20 years ago and through this process it became very clear that his desire to be a champion burns as strong today as it ever has.

"He possesses the type of rare natural leadership qualities that will immediately impact our entire organization."

Brady is almost unparallelled when it comes to the amount of records he has broken in the NFL.

His 219 regular season victories and 30 playoff wins are each the most by a quarterback in league history.

"Excited, humble and hungry ... if there is one thing I have learned about football, it's that nobody cares what you did last year or the year before that ...you earn the trust and respect of those around through your commitment every single day," Brady wrote on Instagram.

"I'm starting a new football journey and thankful for the Buccaneers for giving me an opportunity to do what I love to do.

"I have always believed that well done is better than well said, so I'm not gonna say much more -- I'm just gonna get to work!"

Brady's move to Tampa likely spells the end for current No. 1 quarterback Jameis Winston, winner of the 2013 Heisman Trophy.

He also became the first player in NFL history to throw 30 or more touchdowns and 30 interceptions in a season.