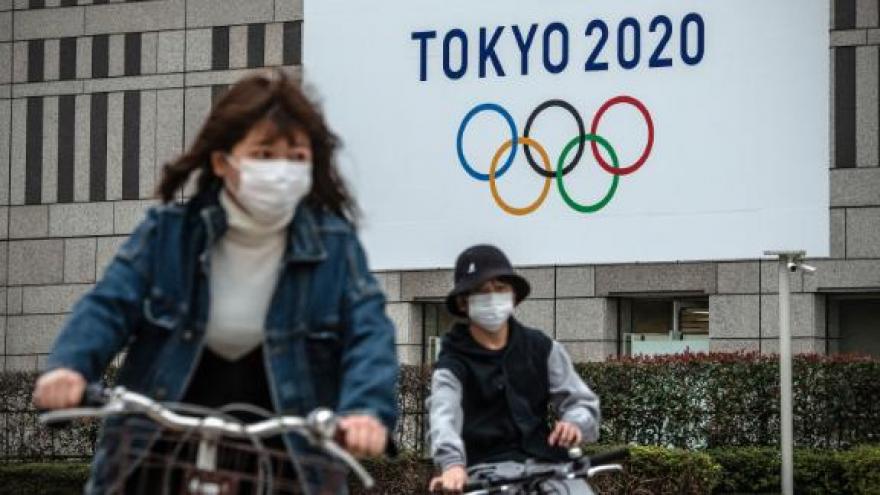 Abe put the suggestion to Bach, who agreed that the latest date the Olympics will be held is summer 2021.

It was also announced that the event will still be dubbed Tokyo 2020 Olympics despite the postponement.

"The IOC president and the Prime Minister of Japan have concluded that the Games .. must be rescheduled to a date beyond 2020 but not later than summer 2021, to safeguard the health of the athletes, everybody involved in the Olympic Games and the international community," said a statement from the IOC and Tokyo 2020 organizing committee.

"Therefore, it was agreed that the Olympic flame will stay in Japan."

The IOC has been facing mounting pressure to delay the Games, which were originally scheduled to take place from July 24 to August 9, amid the novel coronavirus outbreak.

The Olympics have never been rescheduled in peacetime. In 1916, 1940 and 1944, the Games were canceled because of world wars.

On March 17, Japan's Olympic minister Seiko Hashimoto said the country was planning for a "complete" hosting of the Games, which she went on to explain meant an Olympics which "started on time and with spectators in attendance."

Then late last week, the IOC said that it was considering a number of different options including a postponement or modifying the Games so they could still take place as scheduled in July.

There has been growing opposition to hosting the Games as planned as countries attempt to spread the limit of the coronavirus, which has infected more than 381,000 people globally.

READ: 'We're at a loss,' say athletes left in limbo

Australia and Canada both announced they would not be sending athletes to Tokyo this year, and -- along with the likes of USA, Germany and Poland -- called for the Games to be postponed until 2021.

Sporting bodies, including USA Track and Field and USA Swimming, also called for a postponement.

Meanwhile, athletes who have been unable to train due to closed facilities and restricted access to coaches and training partners have also voiced opposition to the Games proceeding as planned.

Sporting events across the globe have been suspended amid the virus, with Euro 2020 being moved to next year.

The financial implications of postponing the Olympics could be huge.

The cost of hosting, organizers said in December, was some 1.35 trillion yen ($12.35 billion) but, according to Reuters, that figure did not include the cost of moving the marathon and walking events from Tokyo to Sapporo to avoid the summer heat.

Sponsors, insurers and broadcasters have also committed billions to the Games.

Some experts believe the truer sum is likely to be $25 billion, a vast majority of which has already been spent on large-scale infrastructure projects such as transportation networks, hotels and new venues.