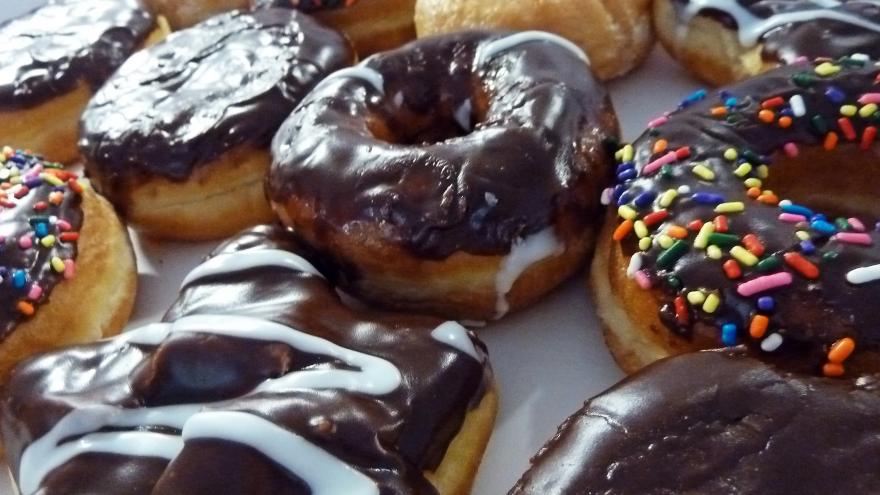 (CNN) -- The first Friday in June,June 5 this year, is National Donut Day.

Started by the Salvation Army in Chicago in 1938, the day honors the group's "donut lassies," who served treats and provided assistance to soldiers on the front lines during World War I. (And this isn't to be confused with National Doughnut Day, which is in November and celebrates the actual food.)

Doughnuts have been around since long before the First World War, and we have the Dutch to thank for them. The Dutch would make "olykoek," which translates to oily cake. The first Dutch doughnuts didn't have a hole, but they were fried in hot oil and the dough was sweet.

It wasn't until 1847 that the holed-out doughnut we know and love today appeared. Hanson Gregory, 16 at the time, claimed credit. Sick of doughnuts with a raw center, he used a pepper pot to punch out holes to help his doughnuts cook more evenly.

By 1920, Adolph Levitt, a Russian living in New York, had invented a doughnut machine. Thirteen years later, doughnuts were proclaimed the "Hit Food of the Century of Progress" by the World's Fair in Chicago.