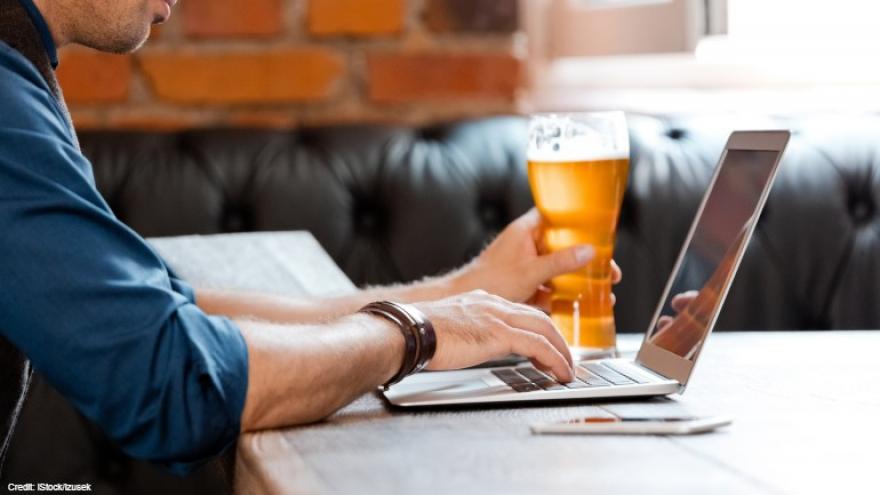 (CNN) -- Today is National Beer Day, and, yes, it is a Tuesday. But that shouldn't stop you from popping open a Mast Landing's Weekend Plans India Pale Ale (IPA).

Or maybe an Urban Refuge, a double IPA from Torch & Crown, is more fitting?

How about a Phantom Fist with notes of tangerine, mango, pink grapefruit, peach and vanilla? Or perhaps Grimm Lager's Invisible Touch in honor of your isolation?

Jason Roberts, owner of 209 Station in Windsor Terrace, Brooklyn, has all of these craft brews and more in his tiny beer-centric shop.

Roberts, who jokingly refers to himself as a safety officer and beer concierge, doesn't have any plans to promote the "holiday," but he does plan to sell beer to the neighborhood.

"I do plan on enjoying a cold one [on Tuesday]," says food writer and beer lover Casey Barber, who adds, "every day is beer day now."

If it's a nice day outside, he expects to sell a lot of it, too.

209 Station, with new opening hours from 4 to 8 p.m. and a "no touching" policy, is a block from Prospect Park, which remains open to the public.

Lawson's Sip of Sunshine, also sold at select Whole Foods Markets, can be purchased at the beer shop, along with cheese, pickles and other sundries.

I'll have what she's having

Stay-at-home orders across more than 40 states, however, encourage drinking in the safety of one's own home.

Although Corona beer production in Mexico has been suspended temporarily, booze sales are up in general — and you can thank Ina Garten for resurrecting the Cosmopolitan.

(It may be National Beer Day, but a pitcher-sized Cosmopolitan, arguably pandemic-appropriate, is good for a virtual toast too.)

You don't need to be a beer nerd to enjoy a cold one on a warm, sunny April afternoon.

For the newly initiated beer drinker who isn't sure where to start, Roberts suggests a Session IPA, a lighter, crisper version of the classic, hop-forward India Pale Ale (IPA).

About that IPA: It is still a top seller in spite of sours and saisons beginning to take up space in coolers and on shelves. Roberts says 60% to 70 % of his beer sales are New England-style IPAs. This is followed by what he calls a resurgence of the lager.

"It's a lot harder to make a really good lager than an IPA," Roberts says, adding that it's common for breweries who want to show off their skills to try their hand at a lager after successfully brewing an IPA.

Roberts says he received a text from a customer just the other day, asking for 12 four-packs.

Another buyer ordered beer and used a Lyft to pick it up and deliver it to him, and instead of the usual purchase (one four-pack), people are buying double what they used to.

Roberts isn't having trouble staying stocked though and says he's actually been getting beers he wasn't able to before.

The line outside 209 Station every day at 4 p.m. suggests people are drinking to that.