To save itself, Netflix might have to play nice with an industry it battled for years 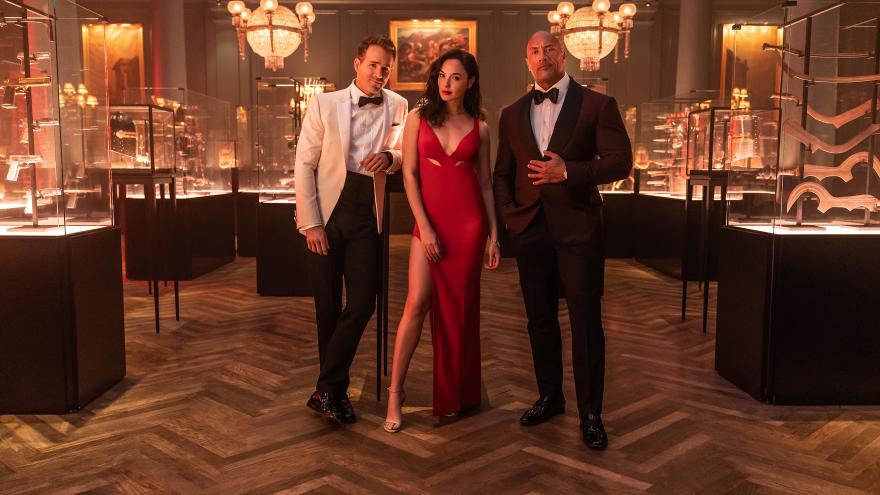 (CNN) -- Netflix is still reeling from its stock plunge last month after losing subscribers for the first time in more than a decade.

To turn the narrative back in its favor, analysts have suggested adding ads and clamping down on password sharing. But one way Netflix can help itself is by allying with an industry that it once was at odds with: movie theaters.

Even though Netflix has released many films in theaters — and has even bought a few theaters to boot — most of its theater releases have been purposefully limited. With the streamer licking its wounds and theaters slowly bouncing back from the pandemic, now could be time for both sides to finally come together.

By releasing more films in theaters Netflix could bring in new revenue from box-office sales, expand its brand to more potential subscribers and help make its films more memorable — something the company has struggled to do.

Despite being the leader in streaming with 221 million global subscribers, winning multiple Oscars and working with some of the biggest names in Hollywood, Netflix hasn't seen many of its films become beloved brands in the way that some of its series have, such "Stranger Things," whose new season premieres later this month.

Take "Red Notice," for example. The film starring Dwayne "The Rock" Johnson and Gal Gadot was Netflix's most-watched movie ever, according to the company, but arguably failed to make any sort of blip in pop culture.

Hare added that as the company expands its offerings, "a number of titles could likely require theatrical."

"Not only for award season, but for the buzz required to be a major player at a hybrid moment in a time that remains one foot in physical and one foot in digital," he said.

Playing nice with Netflix would be a good idea for theaters too.

"Theaters need content, now more than ever," said Jeff Bock, senior analyst at entertainment research firm Exhibitor Relations. "A lot of Netflix releases have big names attached, so that would certainly get them through the turnstiles."

Even the National Association of Theater Owners are open to the idea.

"Our doors are open to give broader play to Netflix movies," John Fithian, NATO's CEO, said last month. "We'd love to play more of their movies."

What's the hold up?

One of the biggest roadblocks for Netflix and theaters is both sides have fought over how long a film should play in theaters.

Netflix's business is based on sign-ups, so it doesn't want subscribers waiting for films, while theater owners whose business runs on foot traffic want exclusivity as long as possible.

This debate hit a fever pitch in 2019 when the two sides couldn't agree on how long "The Irishman," Martin Scorsese's crime epic, should play in theaters before heading to the streamer. Theaters wanted a 70-day exclusive window and Netflix would not go above 45 days, according to the New York Times.

But the pandemic changed everything by cutting down the theatrical window industry wide. Even traditional studios like Warner Bros. and Universal Pictures are now releasing theatrical films on streaming after just few weeks or sometimes simultaneously.

Beyond the theatrical window, there's other issues considering that the theater business comes with extra costs that Netflix is not used to.

"It's definitely not as easy as a homepage takeover," Hare said. "It's moving from the digital world to the physical. It takes money for marketing and promotion... It's a number of huge tactical and strategic decisions that need to be made."

And putting more films in theaters could hurt Netflix's very model. If you can go see the one Netflix movie you're itching to see in theaters, does that give you less incentive to subscribe?

Ultimately, there are pros and cons for Netflix when it comes to working more with theaters. Yet the company needs to right its ship and theaters are steadily returning to normal, so now might be the time for the streamer to put more of its films on a marquee.

"I think Netflix continues to be in experimental mode," Hare said. "It can't afford not to experiment right now."