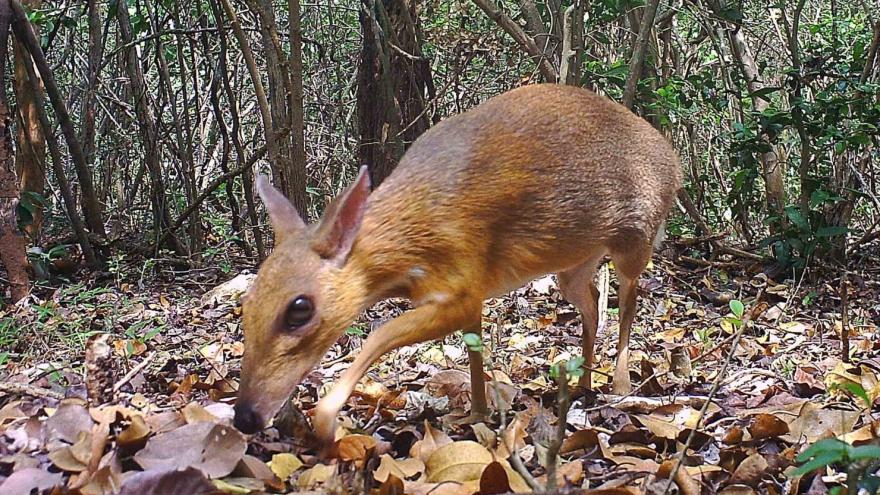 (CNN) -- A tiny deer-like creature about the size of a rabbit has been photographed in the wild for the first time in three decades in southern Vietnam, delighting conservationists who feared the species was extinct.

The silver-backed chevrotain, also called the Vietnamese mouse deer, was last recorded more than 25 years ago when a team of Vietnamese and Russian researchers obtained a dead chevrotain from a hunter.

"For so long, this species has seemingly only existed as part of our imagination," said Vietnamese biologist An Nguyen, an associate conservation scientist with Global Wildlife Conservation, a nongovernmental organization, and a PhD student with the LeibnizInstitute for Zoo and Wildlife Research.

"Discovering that it is, indeed, still out there, is the first step in ensuring we don't lose it again, and we're moving quickly now to figure out how best to protect it," he said in a statement. 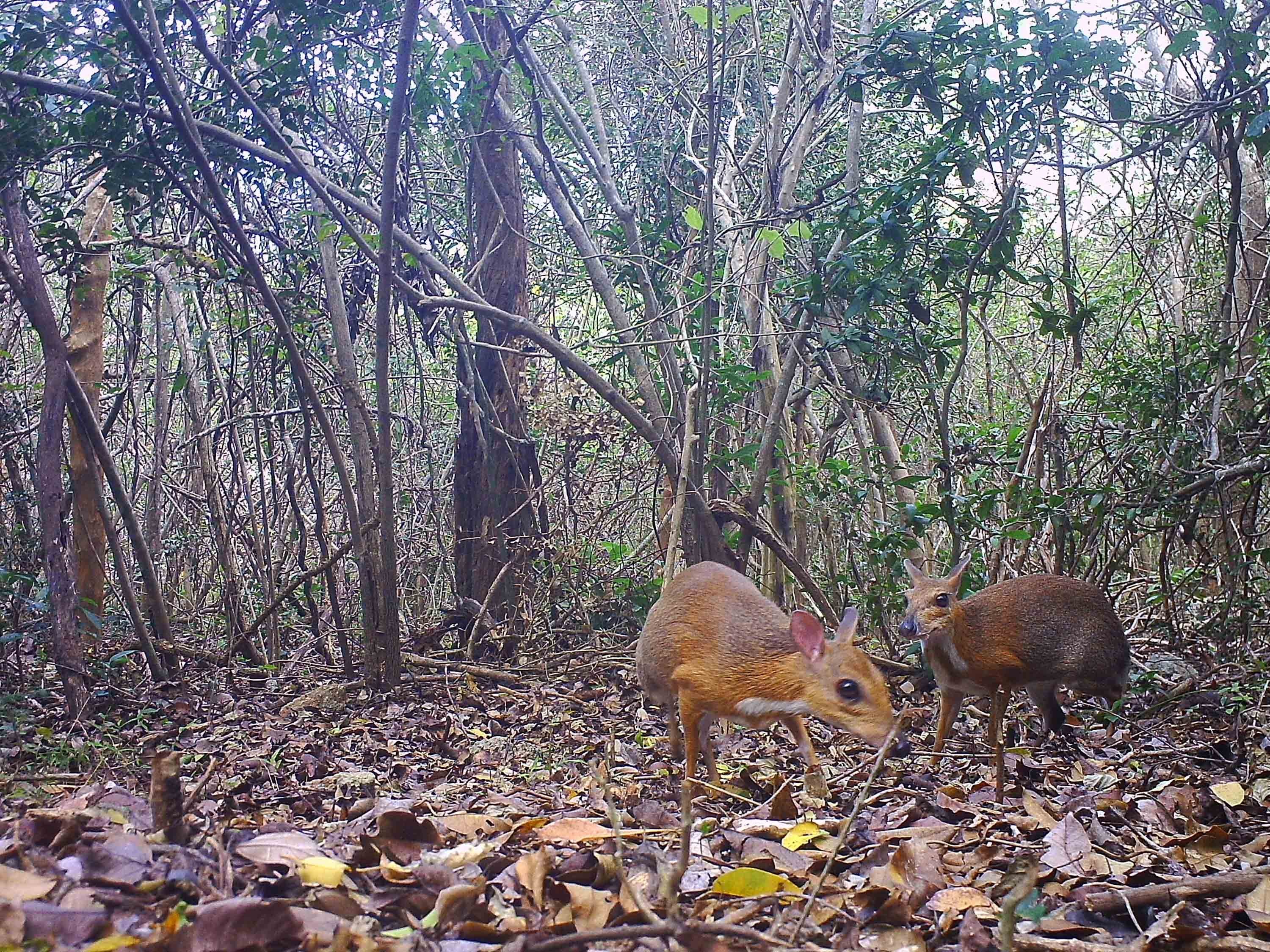 Scientists had thought the tiny creature, which had been among a list of 25 "most wanted" lost species compiled by Global Wildlife Conservation (GWC), had fallen victim to habitat loss and intensive hunting for the illegal wildlife trade. Wire snares are widely used in the region.

Details of the rediscovery were published Monday in the scientific journal Nature Ecology & Evolution.

After interviewing villagers and forest rangers near the beach city of Nha Trang, the team of scientists set camera traps for five months in areas where the locals said they may have seen the animal.

This resulted in 275 photos of the mammal. The team then set up another 29 cameras in the same area, this time recording 1,881 photographs of the chevrotain over five months.

Despite their nickname, chevrotains are neither mice nor deer, but the world's smallest ungulates or hoofed mammals, according to GWC. They are shy and solitary, appear to walk on the tips of their hooves and have two tiny fangs. They typically weigh less than 10 pounds.

The species was first described by scientists in 1910, when four specimens were collected around Nha Trang. There were no scientifically verified records again until 1990, when a single animal confiscated from a local hunter in central Vietnam, further north.

"Then nothing. So little known about it that the species was one giant question mark," said Andrew Tilker, Asian Species Officer at the GWC.

One of the biggest challenges was deciding where to start the search. 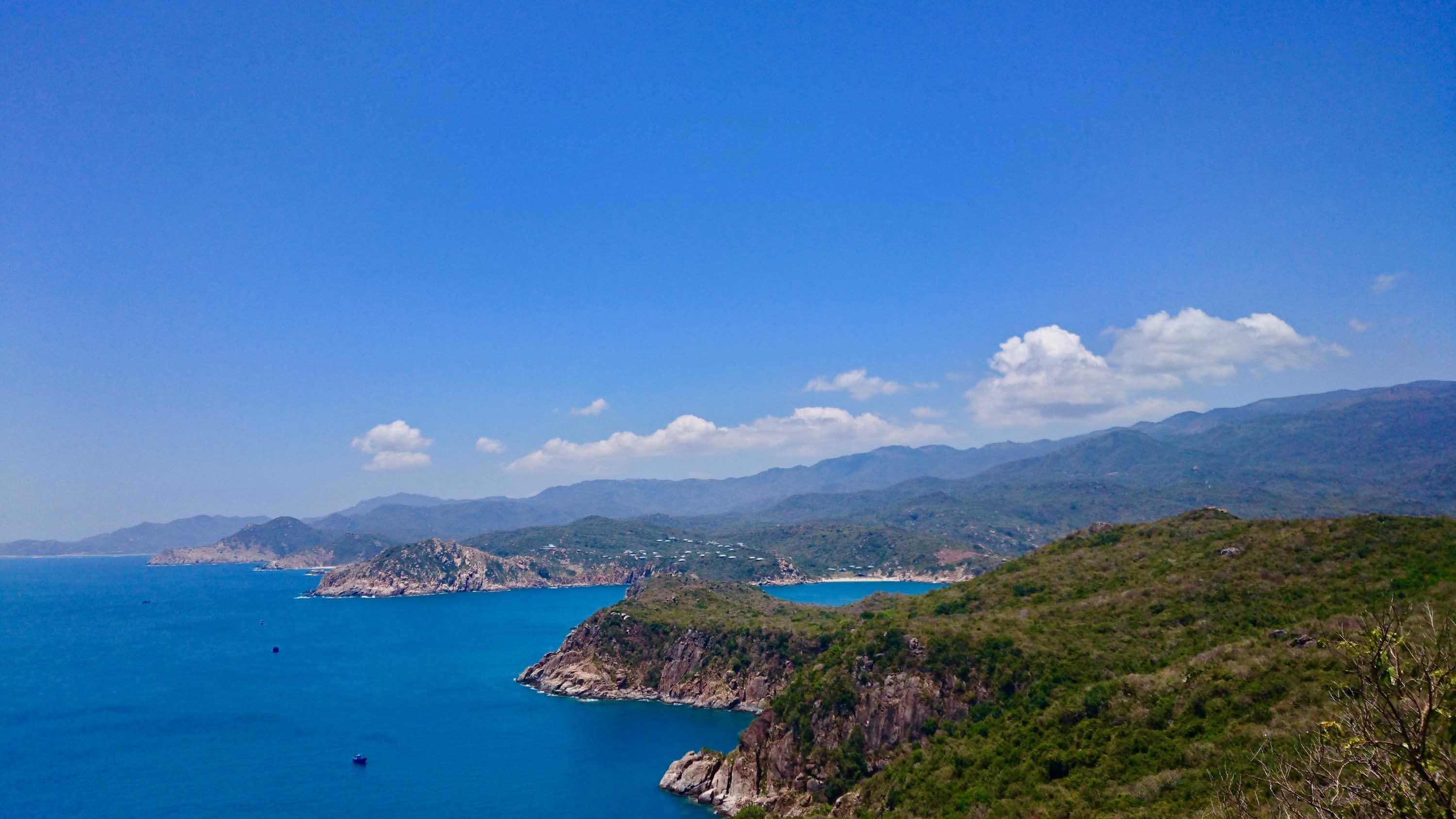 "We had these two historical localities separated by quite some distance—one in the southern part of Vietnam and the other much further north," said Tilker.

"But we knew that many people have camera-trapped in the wet evergreen forests and hadn't seen it, so we thought we should look at the dry forest habitat that's really different and where not many people have looked."

The study's findings have implications for other species that are lost to science, Tilker said.

"To the scientific world this was a lost species, but local people had known about it. It was only by utilizing the local ecological knowledge that we were successful. That can be replicated for other species in other parts of the world," he said.

Tilker also warned that just because this species was found relatively easily, it doesn't mean it's not under threat.

"This might represent the last population or one of a handful of populations, in which case we need to take action immediately to put conservation measures in place to ensure its survival."