Time to start planning your next big adventure 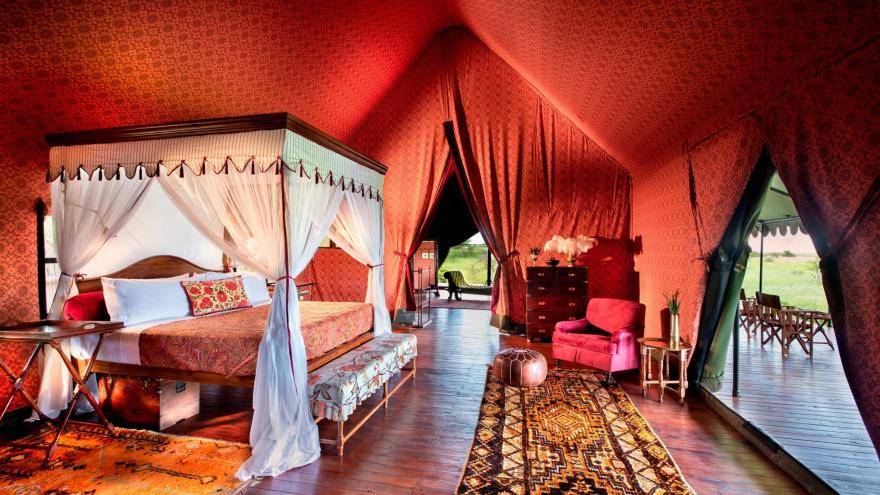 (CNN) -- Been stuck at home so long your passport has cobwebs? It's time to start planning your comeback tour.

Your journey just might land you at the world's busiest airport, which has taken a surprising path to world dominance.

CNN Travel is here with our weekly feast of fun, adventure and inspiration.

Dream trips for the taking

It's time to stop dreaming and start planning. Where will you go on your next big adventure now that the world is opening back up? Our Next Big Trip series can help with inspiration, whether it's a cruise to Antarctica, a relaxing wellness retreat or an extravagant hotel getaway.

But while international travel is recovering, there are still several popular destinations -- including Japan, Taiwan and several Pacific islands -- that are still off-limits to tourists. Find out more about where the holdouts are and when restrictions might ease.

And after recently downgrading the travel risk level of many top destinations in an overhaul of its advisory system, the US Centers for Disease Control and Prevention added just one location to its "high" risk category on Monday -- a tiny island known for having the world's shortest commercial runway.

Stanley Tucci returns to CNN with a new series of "Searching for Italy," premiering this Sunday at 9 p.m. ET/PT in the US and Canada. The opening episode sees Tucci in Venice, trying out cicchetti, the city's delicious finger food.

And if that has whetted your appetite for more Italian cuisine, check out our list of classic dishes everyone should try.

And premiering at 10 p.m. Sunday, "Nomad with Carlton McCoy" visits Mariane Ibrahim Gallery in Paris, whose mission is to highlight the work of Black artists. Find out more about McCoy and Ibrahim in our profile.

The new season of "Quest's World of Wonder" is also sailing on. Richard Quest visits Buenos Aires in the latest episode, home of the tango. And on the podcast version of "Anthony Bourdain: Parts Unknown," Bourdain visited Istanbul, where he ate a Turkish breakfast and watched an oil wrestling match.

Coa -- a Hong Kong bar named after a machete-like tool used to harvest agave -- has been named the best bar in Asia for the second year in a row. Bars in Singapore, Goa and Tokyo make up the rest of the top five.

And in a feast for the eyes, these images have just been named the world's best food photographs of 2022.

Bar a blip in 2020, one airport has been the world's busiest for passenger traffic throughout the whole of the 21st century. That megahub is Hartsfield-Jackson Atlanta International. But how did this city in the Deep South beat out the likes of Beijing, Tokyo and London to become the world's No. 1?

The aviation industry has made the ambitious pledge to halve its carbon emissions by 2050 and Sustainable Aviation Fuel should be a big part of that. So far, though, take-up for green jet fuel has been very low. Here's why.

In the last of our April cruise stories for our new Monthly Ticket series, we took a look at the world's most challenging cruise ship routes.

Whether it's the sandstorm-prone, narrow Suez Canal or the windy, glacier-lined waterways of Alaska, master mariners have the maneuvers.

Join us in May when we'll be exploring the world of trains.

The Turkish seaside town of Kaş is an unspoiled corner of the Mediterranean with fishing village charm. Come explore with us.

In case you missed it

Tourists crashed drones into the Tower of Pisa and Rome's Palazzo Venezia.

There have been three such incidents this month.

An American family brought an unexploded shell to an Israel airport.

Drink up and buckle down.

There's no such thing as bad weather, only unsuitable clothing, as the saying goes. If you're looking to get out in the great outdoors, you need to be ready for all eventualities. Our partners at CNN Underscored, a product reviews and recommendations guide owned by CNN, have spoken to experts to get this lowdown on the hiking gear you actually need.