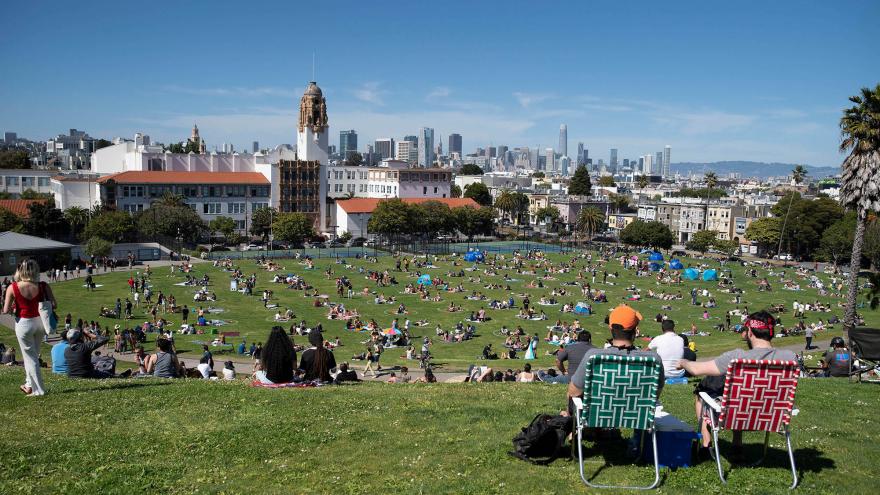 (CNN) -- It was already world-famous thanks to its striking red-hued bridge, drool-worthy restaurant scene and booming tech industry -- and now San Francisco has been crowned the "world's best" city, according to Time Out.

The international media brand deployed its network of editors from across the world -- as well as surveying some 27,000 global city dwellers -- to narrow down its list of the best cities on the planet.

Each city's nightlife, restaurants and cultural highlights were considered, as well as the city's sense of community, which in the wake of Covid-19 is perhaps more important than ever.

Cities' environmental initiatives were also examined, as well as their commitment to activism, and general friendliness.

San Francisco was also applauded by Time Out for its response to the pandemic, and for boasting one of the highest vaccination rates in the US.

Even amid strict shutdowns, San Franciscans found ways to support one another, says Time Out, recalling when residents hung sourdough starters from telephone poles for neighbors to pick up.

The city's pivot to outdoor dining in the wake of the pandemic is set to remain permanent -- and this was also praised by Time Out, who said the result is the city's streets resembling "one big outdoor party."

The city's green spaces were also commended, as was its equality-focused embrace of the cannabis industry.

"This year's list of the best cities in the world shines a spotlight on cities that adapted during a time where the key factors that make these metropolises the place to be -- fun, culture and socializing -- were largely off the table," said Caroline McGinn, Time Out's global editor in chief, in a statement.

"You'd think a pandemic might defeat the point of living in a city, but the results show that community spirit is higher than ever, people are supporting each other as well as local business and initiatives, and many of us are even having some fun."

The Dutch metropolis of Amsterdam, the northern English city of Manchester, the Danish cycling haven of Copenhagen and the cultural hub of New York City round out the top five on Time Out's list.

Check out the top 10 below and explore Time Out's full list of its top cities for 2021 here.