Time between Pfizer and Moderna Covid-19 vaccines can be up to 8 weeks for some people, updated CDC guidance says 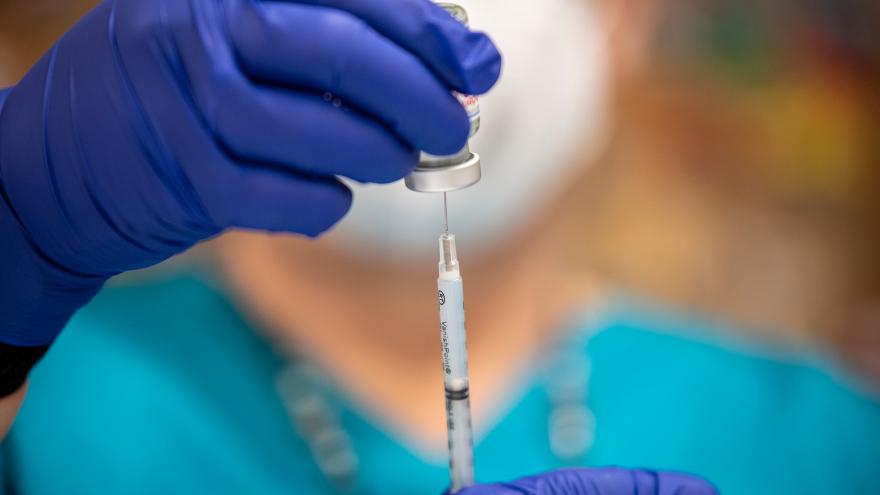 (CNN) -- The interval between first and second doses of the Pfizer and Moderna Covid-19 vaccines may be as long as eight weeks for certain people, the US Centers for Disease Control and Prevention said in vaccine guidance updated Tuesday.

The vaccines remain safe and effective at their original intervals, the CDC said, but extending the interval may reduce the risk of myocarditis, a type of heart inflammation, in some populations. Rare cases of myocarditis have been reported primarily after the second dose of mRNA Covid-19 vaccines, and males ages 12 to 29 are at highest risk.

"While absolute risk remains small, the relative risk for myocarditis is higher for males ages 12-39 years, and this risk might be reduced by extending the interval between the first and second dose," the CDC said, noting that some studies in people older than 12 have shown "the small risk of myocarditis associated with mRNA COVID-19 vaccines might be reduced and peak antibody responses and vaccine effectiveness may be increased with an interval longer than 4 weeks."

"An 8-week interval may be optimal for some people ages 12 years and older, especially for males ages 12--39 years," the new guidance says.

The CDC says the three- or four-week interval is still recommended for people who are moderately or severely immunocompromised, adults 65 and older "and others who need rapid protection due to increased concern about community transmission or risk of severe disease." There's no data around children younger than 11, so this group is still recommended to get the second Pfizer vaccine three weeks after the first dose.

At a meeting of the CDC's independent Advisory Committee on Immunization Practices this month, agency officials suggested that guidance could be updated to recommend lengthening the interval between first and second doses of the mRNA vaccines.

The CDC's Dr. Sara Oliver, an epidemic intelligence service officer with the Division of Viral Diseases, told the committee that rates of myocarditis were lower with extended intervals between first and second doses. Still, the benefits of receiving the Pfizer or Moderna vaccine are clear, regardless of the time in between shots, she said.

"The benefits for both mRNA vaccines far outweigh the risk of myocarditis compared to no vaccine," Oliver said.

Canada opted to delay a second dose up to sixteen weeks in order to vaccinate more people when shots were in short supply, then later adjusted to an eight-week interval.

Several studies found that the delay lowered the already rare risk of myocarditis or pericarditis after vaccination, and there was an added benefit.

"Eight weeks can create the opportunity to develop stronger and more broad immunity, which could be important in future waves of the pandemic," Matthew Tunis, executive secretary for Canada's National Advisory Committee on Immunization, told CNN.

Tunis and his colleagues from the Public Health Agency of Canada presented their data about the delayed dosing schedule to the CDC's vaccine advisers in early February, when the agency was considering extending the interval between doses.

Dr. Ralf Duerr, an assistant professor in the Department of Microbiology at NYU Langone Health, co-authored studies on the effects of the delayed dose and found that the shot could be delayed even longer and still provide robust protection.

"With later dosing of the second shot, we actually obtained a better immune response, and it was better in quantity and quality," Duerr said.

Studies also showed that a delay in getting the second dose would not leave people unprotected between shots.

"There was a bit of kind of anger among people at first who wondered if they were going to be protected with the delay. Is it going to be as good as the clinical trial?" said Rebecca Payne, a Newcastle University immunologist who has co-authored comprehensive studies about the effects of a delayed dose in the UK.

With the longer dosing schedule, antibody levels waned a bit between the first and second doses, but T-cells -- which promote antibody protection and can kill infected cells -- were well-maintained between doses.

After the second dose on the longer schedule, antibody levels surpassed those generated with the shorter schedule.

Also after the delayed dose, a higher proportion of the T-cells were helper T-cells, which are key to long-term immune memory with the longer dosing schedule, her study found.

"That implies that they're getting slightly better immune response," Payne said.

Importantly, she said, studies showed that both the short and long dosing schedules lead to strong real-world protection.