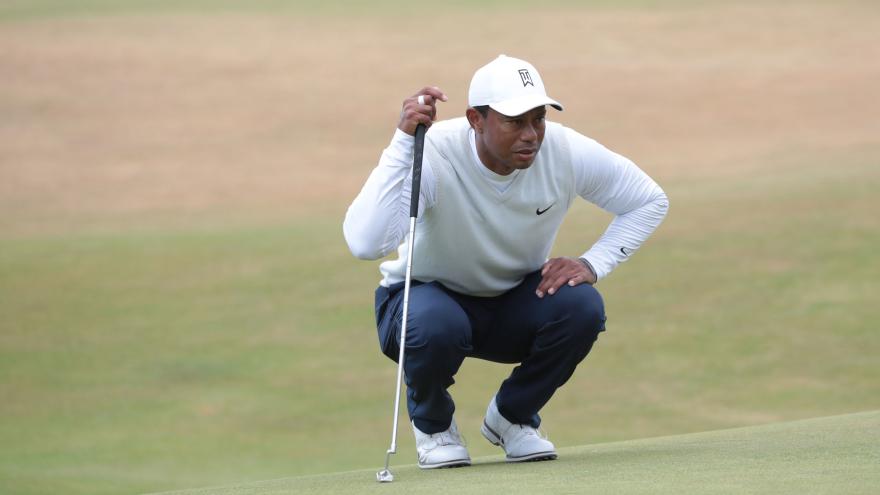 (CNN) -- Tiger Woods turned down an offer worth approximately $700-$800 million to join the Saudi-backed LIV Golf series, according to the tour's CEO Greg Norman.

During an interview on Fox News that aired on Monday, former world No. 1 Norman was asked by Tucker Carlson if it was true that Woods was offered $700-$800 million to join the LIV Golf series.

"That number was out there before I became CEO," Norman replied. "So, that number's been out there, yes. Look, Tiger's a needle mover, right?

"So, of course, you're going to look at the best of the best. They had originally approached Tiger before I became CEO, so, yes, that number is somewhere in that neighborhood."

Previously, Norman had told the Washington Post in June that Woods was offered huge money to participate but turned it down. Norman said the Woods proposal was "mind-blowingly enormous; we're talking about high nine digits."

The controversial tour has attracted some big names from the golfing world to leave the established PGA Tour and the DP World Tour to participate for vast sums of money.

However, it has led to criticism from many players, including Rory McIlroy and Woods, that players have abandoned golf's traditional set up and accepted money from a country with a dismal human rights record.

Before July's Open at St. Andrews, Scotland, Woods said he disagreed with the players who had left.

"I think that what they've done is they've turned their back on what has allowed them to get to this position," the 15-time major winner said.

Woods added: "I just don't see how that move is positive in the long term for a lot of these players, especially if the LIV organization doesn't get world-ranking points and the major championships change their criteria for entering the events.

Woods even went as far to criticize Norman himself for his role in the splinter tour. "Greg has done some things that I don't think is in the best interest of our game, and we're coming back to probably the most historic and traditional place in our sport."

Nearly two weeks after he was stripped of his Ryder Cup captaincy for joining the series, the 46-year-old Swede shot 11-under par at the Trump National Golf Club Bedminster to win $4 million.

He accepted the trophy alongside former US President Donald Trump, who was present throughout the three-day competition and who owns the course.