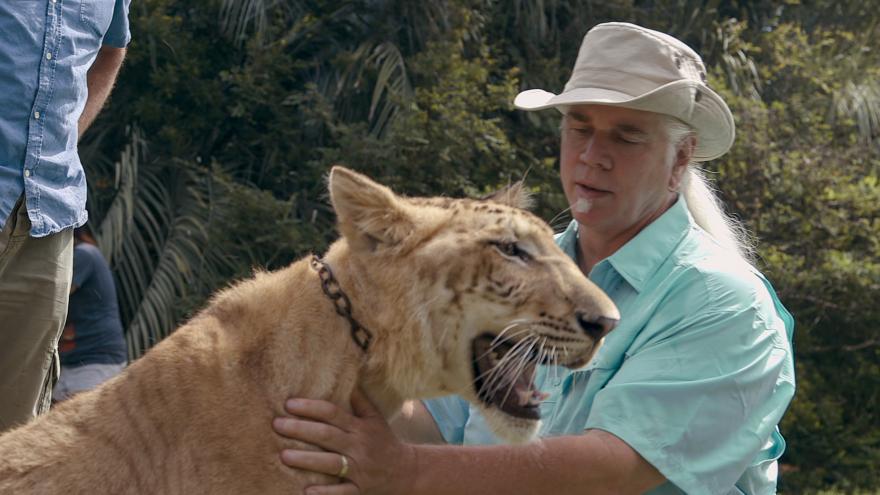 (CNN) -- Bhagavan "Doc" Antle, who appeared in the 2020 docuseries "Tiger King," and four others have been indicted on 10 counts of wildlife trafficking and money laundering charges.

Authorities claim that Antle and his employee "laundered more than $500,000 in cash they believed to be the proceeds of an operation to smuggle illegal immigrants across the Mexican border into the United States," according to a statement from the US Attorney's Office District of South Carolina.

The indictment, received on June 28, states Antle and an employee "procured or attempted to procure bulk cash receipts, regardless of the source, and used that cash for a variety of purposes, including purchasing animals and for other purposes tied to the Myrtle Beach Safari."

The complaint alleges Antle told the informant he would "conceal the transaction and move the cash through the Myrtle Beach Safari by inflating tourist numbers."

Antle allegedly violated federal law by illegally trafficking wildlife and falsified records for the wildlife including lemurs, a chimpanzee and cheetahs, which are listed as endangered or threatened under the Endangered Species Act, according to the indictment.

CNN has reached out to attorneys for Antle for comment.

He is facing up to 20 years in federal prison for money laundering and up to five years for wildlife trafficking. A federal magistrate judge granted a federal bond to Antle.

In October 2020, Antle was indicted on separate wildlife trafficking charges after an investigation by then Virginia Attorney General Mark Herring.

Antle told CNN at the time, "I have spent my entire professional life promoting the welfare and conservation of big cats and other species. I have deep regard and feelings for the animals in my care and would never hurt or abuse them in any way."

"I look forward to being able to answer these charges and to be able to clear my good name," he added.

According to the Frederick County Circuit Clerk's office in Virginia, Antle is scheduled for a jury trial in October for the 2020 case.

Antle owns a private zoo in South Carolina called Myrtle Beach Safari, which was featured in "Tiger King." He's previously said he was "very disappointed" in his portrayal in the documentary, CNN affiliate WPDE-TV reported.