'Tiger King' Joe Exotic will be resentenced after a court order 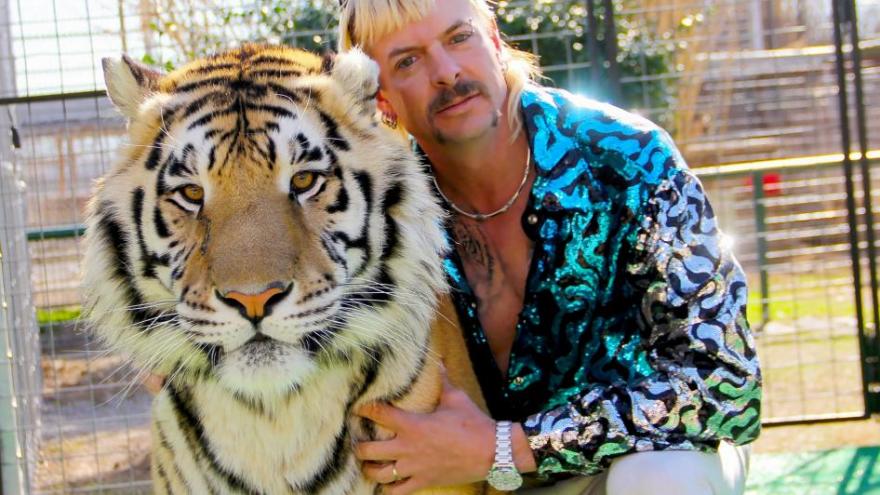 Joseph Maldonado-Passage, known as Joe Exotic on the 2020 Netflix docuseries "Tiger King: Murder, Mayhem and Madness," will be resentenced, according to a court opinion filed on July 14.

(CNN) -- Joseph Maldonado-Passage, known as Joe Exotic on the 2020 Netflix docuseries "Tiger King: Murder, Mayhem and Madness," will be resentenced, according to a court opinion filed Wednesday.

Maldonado-Passage had filed an appeal arguing that his murder-for-hire convictions should be overturned because the trial court allowed Baskin to attend his entire trial even though she was a listed government witness.

The two counts he was sentenced for using interstate facilities in the commission of his murder-for-hire plots should have been combined, he also argued, because they "involved the same victim and two or more acts or transactions that were connected by a common criminal objective," according to the opinion.

Maldonado-Passage's appellate counsel told CNN he is "pleased with the appellate court's decision" in a statement.

"I am optimistic that the decision today is but one of many more victories to come for Joe — and his eventual freedom," attorney Brandon Sample said.

In an audio message provided by his attorney to CNN affiliate KOCO, Maldonado-Passage expressed hope for getting a new trial despite the appellate court decision affirming his conviction.

CNN has reached out to the Assistant United States Attorney for the Western District of Oklahoma for comment. Baskin declined to provide comment to CNN when contacted.

Maldonado-Passage was found guilty by a federal jury in 2019, nearly a year before the release of the Netflix show that documented his rise and fall as the owner of an exotic animal park in Oklahoma.

Baskin, also featured on the show and a longtime vocal critic of Maldonado-Passage's animal park, owns a tiger sanctuary in Florida and had earlier secured a million-dollar judgment against him.

During trial, a jury heard evidence that Maldonado-Passage paid a man $3,000 to travel from Oklahoma to Florida to kill Baskin, with a promise to pay thousands more after she was dead, according to the US Attorney's Office for the Western District of Oklahoma.

Maldonado-Passage had tried to find someone to kill her since July 2016, according to the US Attorney's office, and had unknowingly met with an undercover FBI agent to discuss details of the planned murder.

In June 2020, after Maldonado-Passage's sentencing, a judgment awarded Baskin control of the Oklahoma park.