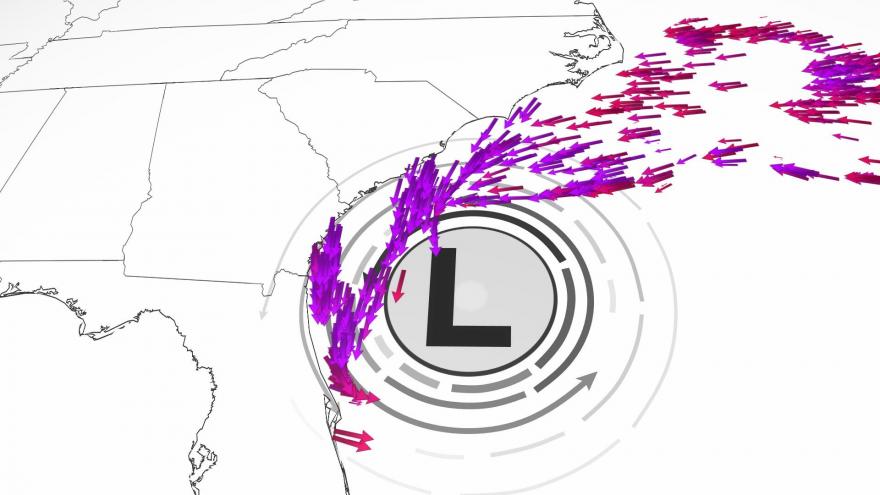 Water levels reached the major flood stage in Charleston, South Carolina, on Friday morning, according to a tidal gauge report.

The gauge shows the tide reached 8 feet, the minimal level for major flooding, for a few minutes around 9 a.m.

Saturday morning's tide is forecast to be even higher.

Joey Sovine of affiliate WCSC tweeted, "This is the highest tide since December 16, 2020. We're starting to see street closures increase in Downtown Charleston."

Street flooding almost a foot deep was reported near the Port of Charleston by the National Weather Service. Low-lying roads prone to flooding have been closed in Charleston and nearby towns.

Although it is receding now, the tide is forecast to reach above major flood stage (10.5 ft) Saturday morning.

"Only about 3% of all flooding tides reach this level in Charleston, and even less frequently that high at Fort Pulaski," the National Weather Service in Charleston says.

Low-lying roads have been closed around the area near the Fort Pulaski gauge.

"We're particularly worried about the only road in and out -- that goes from Savannah to Tybee Island. The road was raised up a few years ago, but at 10.5 feet, we're expecting issues there," Ron Morales, meteorologist at the National Weather Service in Charleston, told CNN Weather on Wednesday.

Coastal flood warnings and advisories stretched along the coast as the presence of higher-than-normal tides, called "king tides," is made worse by the climate crisis and a developing storm system to the south.