Three teens arrested at Mar-a-Lago after fleeing from police 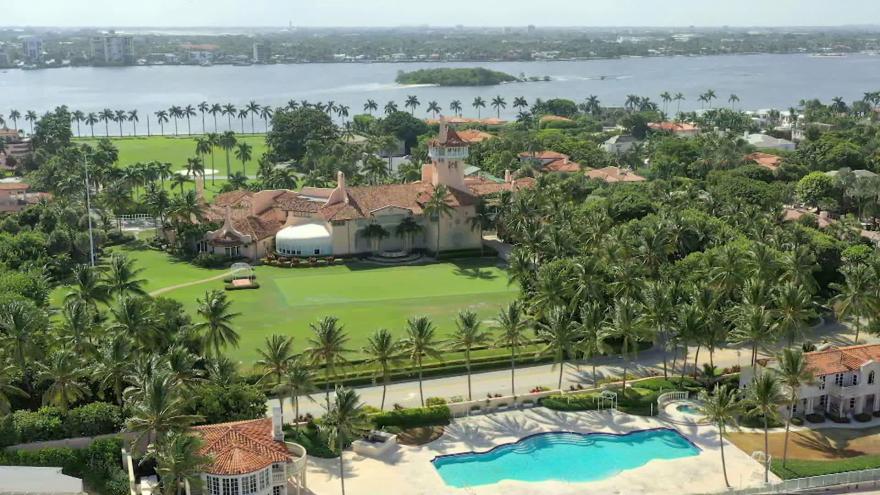 (CNN) -- Three teenage boys were arrested after they fled police and ended up at President Donald Trump's Mar-a-Lago resort in Florida with a loaded AK-47 assault rifle in a backpack, according to a Palm Beach Police affidavit.

The 15-year-old boys were arrested and taken into custody shortly after midnight on July 31, but CNN has only recently obtained reports of the incident since the suspects are juveniles and the information needed further clearance before it was made public.

According to an affidavit from the Palm Beach Police Department, an officer saw the teens in a silver Hyundai parked with the daytime running lights on. When the officer turned on his overhead lights, the driver of the Hyundai tried to flee and a high speed car chase began, it said.

The teenagers drove approximately two miles and eventually stopped and abandoned the car near the Mar-a-Lago resort, according to the affidavit. Police then contacted Mar-a-Lago security and officers with K-9s and aviation surveillance were sent to search President Trump's resort, the affidavit said.

All three suspects were found and taken into custody and Mar-a-Lago security found the backpack with an AK-47 and a magazine containing 14 rounds on the resort grounds, according to the police affidavit. The backpack also contained information identifying one of the boys, the affidavit said.

The three teens have been charged with armed trespassing, armed burglary, and resisting without violence, the Palm Beach Police affidavit said.

One of the boys told police he ran because he "didn't want to disappoint his mom" and he was scared of being discovered with the weapon in the car, the affidavit said.

President Trump and his family were not on the property at the time of the incident and there is no evidence that the teens were intending to harm the President at the time.

The status of the teenagers' detention will not be disclosed to the public since they are juveniles, according to the West Palm Beach Juvenile Detention Center. CNN is also not identifying the boys, as they are juveniles.

CNN has reached out to the State Attorney's office who said since the case is still being investigated no further information such as legal representation or whether the boys will be tried as adults will be released at this time.

There have been several intrusions at the Mar-a-Lago resort since Donald Trump was elected President.

In January, authorities fired at a woman who breached two security checkpoints with her SUV on the outer perimeter of President Trump's Mar-a-Lago retreat. But the Palm Beach Sheriff's Office said nobody was injured in the incident.

In December 2019, a Chinese woman was arrested and charged with trespassing at Mar-a-Lago, according to Palm Beach Police.

Another Chinese woman had been arrested in March 2019 for trespassing on the Florida property. There was no apparent connection between the two women.