Three people, including a student, were shot on Towson University campus 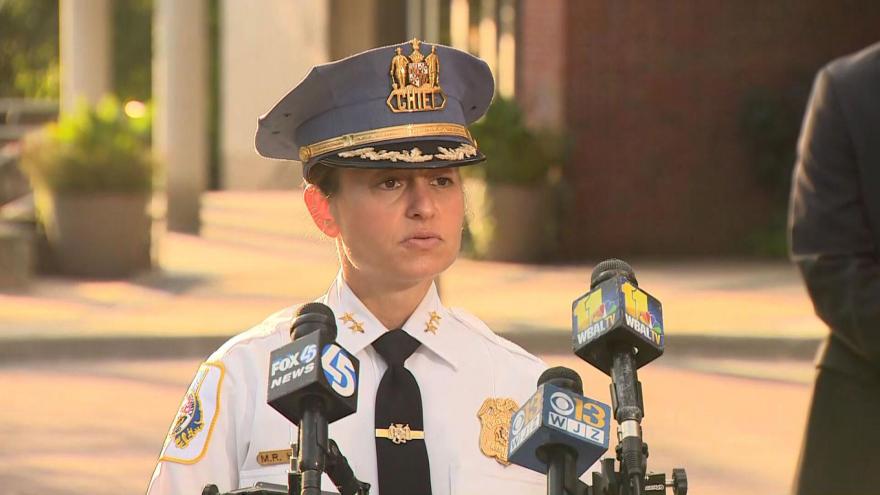 Three people, including a student, were shot on the campus of Towson University in Maryland early Saturday, according to the school and Baltimore County Police.

(CNN) -- Three people, including a student, were shot on the campus of Towson University in Maryland early Saturday, according to the school and Baltimore County Police.

The injuries were not life threatening, the university said in a message to the campus community, which said the shooting occurred around 2 a.m. when a group of people had gathered in Freedom Square, an area near the academic buildings at the center of campus.

One of the people injured is a female Towson University student, the school's Office of Public Safety said in an update late Saturday morning. She was treated at a local hospital and is now in stable condition. The other two victims are not affiliated with the university, the update said.

Baltimore County Police called the shooting "an isolated incident" on Twitter. Neither police nor the university provided additional information about a suspect.

In a statement issued Saturday, Towson University President Kim Schatzel called the shooting "an egregious act of violence" that came at the end of the university's first week of in-person learning for the fall semester.

The three victims were "part of a gathering of people in the area of Freedom Square," the statement said, adding the "gathering was not organized or sanctioned by the university or by a TU student organization."

"Towson University's Office of Public Safety and the Baltimore County Police Department have been diligently working together since that time to identify and arrest those responsible for the shooting as well as those who unlawfully trespassed the campus," Schatzel said. "We remain resolute that the safety of our community and campus is our top priority."

Schatzel visited the wounded student and her family at the hospital, she said, and the student "was in good spirits."

"The best news of all is that she is looking forward to a full recovery very soon," she said.

A road race scheduled for the area Saturday morning was rerouted due to the police activity, police said.

Towson University will make counseling and support services available to students, and residence hall staff will be on standby to "provide support for residential students," a post on Twitter said.

CNN has reached out to the Baltimore County Police Department and Towson University for additional details.