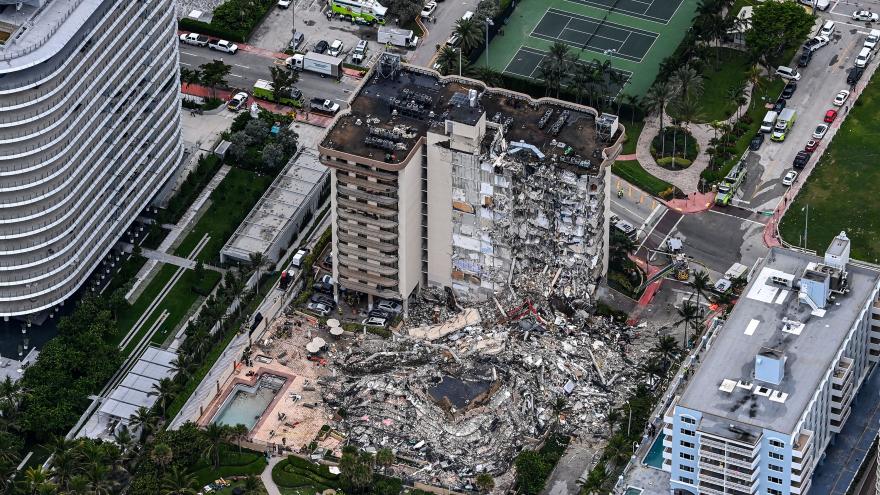 (CNN) -- Three people have been arrested in South Florida and accused of identity theft of victims of the Surfside condo collapse, a top prosecutor said Wednesday.

There were seven victims in this case, five of whom are deceased, Miami-Dade State Attorney Katherine Fernandez Rundle said at a news conference.

All seven had their identities stolen and purchases made after the collapse of the condo tower on June 24.

"Cyber grave robbers did move very quickly after the collapse to grab what they could from deceased victims while families and friends were in absolute emotional turmoil," Fernandez Rundle said.

The first identity theft report came July 9 from a sister of one of the victims who died, Fernandez Rundle said.

The woman noticed her sister's mailing address was changed and replacement credit cards were mailed to a new address, Fernandez Rundle said. The sister also reported purchases and wire transfers.

Rundle said that the suspects have stolen at least $45,000 and attempted to steal another $67,000 before being arrested.

The suspects face several charges each, including identity theft and organized scheme to defraud. Based on the charges, she said they could face 15 to 30 years in prison.

Court and arrest records have not been posted at this time.

The investigation is ongoing, the prosecutor said.

Family members of other Surfside victims who suspect they are also victims of identity theft were encouraged to contact law enforcement.