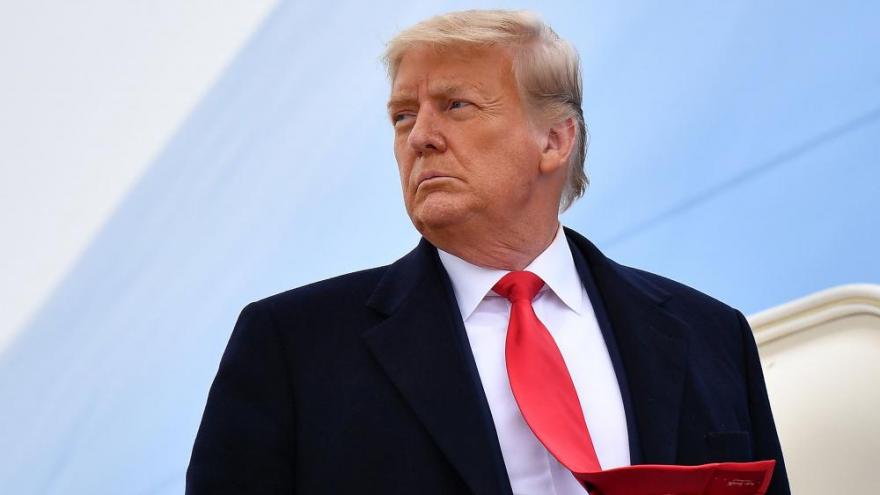 "We're on the team," Harris confirmed to CNN Friday.

CNN previously reported that Gasser and Harris, law firm partners, had been approached. Harris confirmed the legal team is now five attorneys but declined to comment on whether they will add additional lawyers.

Harris referred questions to Butch Bowers, the South Carolina lawyer who is spearheading the defense.

"He's putting it together. He's making assignments," Harris said. "We've got a lot of work to do."

Howard disclosed in a court filing that he had joined Trump's defense, asking a judge to postpone an arraignment citing his need to be in Washington for the foreseeable future.

"Counsel for the defendant has accepted a position on the defense team handling the pending impeachment trial of former President Trump before the United States Senate. As such, counsel is obliged to spend roughly the next month in Washington, DC, focused entirely and exclusively on the matter of historical and Constitutional significance," he wrote.

Howard once served as the chairman of the North Carolina State Board of Elections, leaving the post at the beginning of 2016.

By adding Howard, Trump gains a lawyer with Washington experience. Howard worked as an associate independent counsel on the Whitewater and Monica Lewinsky investigations during the Clinton presidency and spent a decade in the Justice Department where he worked on the confirmations of Supreme Court Chief Justice John Roberts and Justice Samuel Alito.

Deborah Barbier, a South Carolina litigator, joined the team earlier this week. She has worked closely on several high-profile cases with Harris and Gasser. All three are former federal prosecutors. Gasser served as the interim US attorney for South Carolina earlier in this career.