Three infants were abandoned at the same apartment complex in three different years. DNA tests show they are siblings 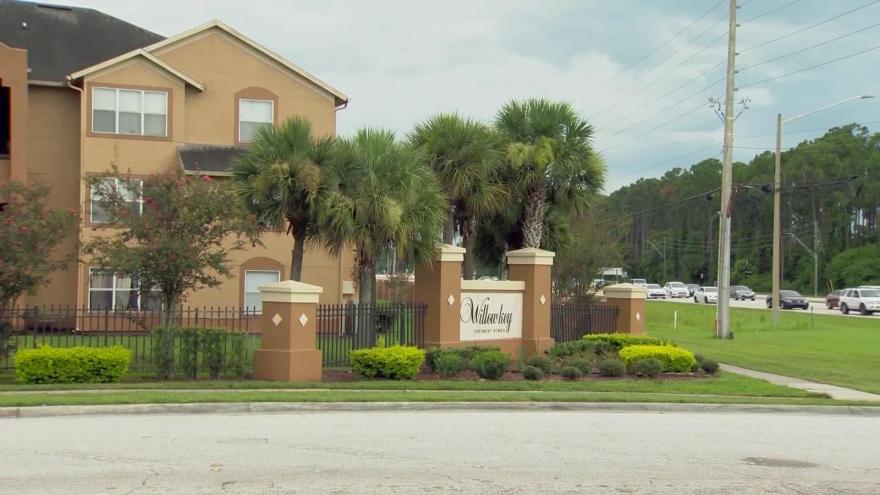 The three abandoned children were found in this Orlando apartment complex in three different years: 2016, 2017 and 2019. Only after police investigated the 2019 abandonment did they discover the three were siblings.

(CNN) -- Last summer, an infant was found on a doorstep in an Orlando, Florida, apartment complex with a note: The mother feared her baby's father and the harm he could cause them both.

At the same apartment in 2017, another infant was found abandoned.

Now, DNA tests have revealed that all three children are siblings.

And Orlando police are still working to identify their parents, four years after the first baby was found.

'They shared the same mother and father'

In a department memo requesting funds for DNA testing, Detective Ghena Luker wrote that she was assigned to investigate the abandoned newborn, found in July.

During the investigation, she said she learned of two other children, one born in 2016 and another in 2017, who'd been abandoned under similar circumstances. She said she believed the cases were related.

"I submitted DNA from all three children and learned they shared the same mother and father," Luker wrote in the memo, submitted in March and made public this month. "Several additional familial matches were also discovered through the DNA testing."

The department confirmed to CNN that all three children are siblings and were found in the same Orlando apartment complex but declined to comment further, citing the ongoing investigation.

"If we are able to identify the mother, her safety is our top priority, as well as the safety of any other potential children," the department said in a statement to CNN.

In her memo to Orlando Police Chief Orlando Rolon, Luker requested $2,500 for services from a forensic data company that aids in criminal investigations, to "properly interpret" the DNA test results and identify the infants' parents.

"Based on the egregious and neglectful behavior of the parent(s), and the bizarre facts of this case, unlike any other documented case, it is imperative to conduct a well-being check of all involved parties," she wrote.

Florida has a Safe Haven law

Under Florida's Safe Haven law, newborn babies can be left at hospitals, fire stations or emergency medical stations within 7 days of their birth. Parents of those babies won't be investigated or questioned unless staff that received the children suspect abuse or neglect. Those babies are typically placed with child welfare agencies after they're found.

These parents didn't leave their children at a designated "safe haven," so it's unclear if they'll be protected by the law once they're identified.

CNN reached out to the Florida Department of Children and Families' Central Region Office for information about the children's whereabouts and is waiting to hear back.

The woman who said she discovered the baby in July told CNN affiliate WESH that she heard a wail outside her door and found the newborn wrapped in a T-shirt. The woman declined to give her name to WESH.

"I just open the door and go outside, and I honestly thought it was a joke for the first two seconds, because I saw a baby on the floor," she said.

Police said a note was left with the baby.