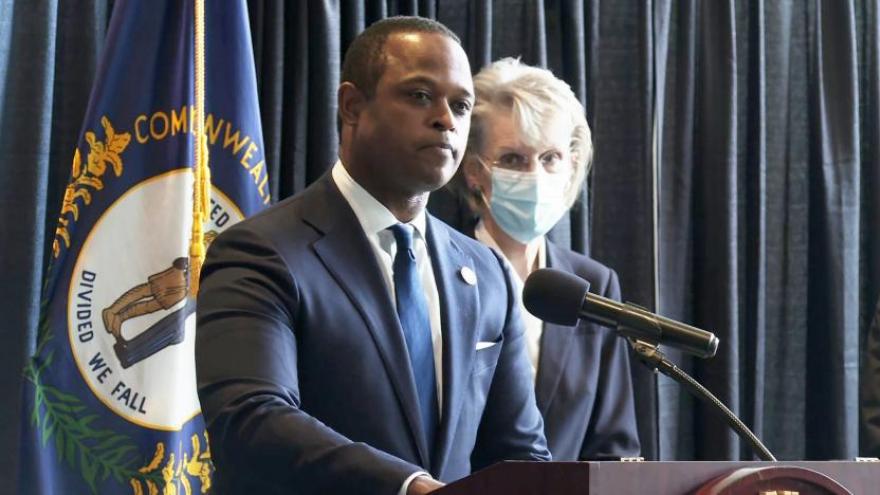 Three former grand jurors are among the "concerned Kentucky citizens" petitioning the Kentucky Legislature to impeach state Attorney General Daniel Cameron, according to Kevin Glogower, one of the attorneys representing the petitioners.

(CNN) -- Three former grand jurors are among the "concerned Kentucky citizens" petitioning the Kentucky Legislature to impeach state Attorney General Daniel Cameron, according to Kevin Glogower, one of the attorneys representing the petitioners.

The citizens filed a petition Friday seeking the impeachment of Cameron on charges of "breach of public trust and failure to comply with duties for misrepresenting to the nation the findings of the Grand Jury" and "abuse of office and breach of duties of professional responsibility and ethics," both of which are connected to the lack of charges filed against the Louisville Metropolitan Police Department officers implicated in the death of Breonna Taylor in September.

"These are randomly selected citizens who were compelled to sit on a grand jury and were terribly misused by the most powerful law enforcement official in Kentucky," Glogower said in a news release.

Cameron took over the investigation into the shooting death of Taylor during a Louisville police raid last year. A grand jury did not indict any of the Louisville Metro Police officers involved in the raid on charges connected with Taylor's death. Former detective Brett Hankison was indicted, however, on three counts of wanton endangerment in the first degree for allegedly firing blindly into an apartment next to Taylor's. He has pleaded not guilty.

CNN has reached out to Cameron's office for comment.

The petition also calls for charging Cameron with incitement of insurrection for the US Capitol riots that took place on January 6, the same charge on which the US House of Representatives impeached former President Donald Trump.

The petition cites Cameron's involvement with the National Association of Republican Attorneys General (RAGA) as the rationale for the incitement charge. The Rule of Law Defense Fund, a non-profit associated with RAGA, released robocalls urging supporters to march on the Capitol.

Cameron is a member of RAGA's nine-member executive committee. Cameron told the Louisville Courier-Journal that he was unaware of the robocalls. RAGA's chairman, Alabama Attorney General Steve Marshall, told the Montgomery Advertiser newspaper that he had not authorized the robocalls and the group is "engaging in a vigorous review" of the incident.

The petition also claim that Cameron misused taxpayer dollars by joining an effort by Republican attorneys general supporting a lawsuit that argued that absentee ballots received after polls closed in Pennsylvania on November 3 should not count in the election. The lawsuit was eventually dismissed.

The petition looks to "seek immediate review by the Impeachment Committee" already established by the Kentucky House of Representatives, the release says, and it aims to prevent Cameron from holding statewide office in the future.

"We encourage the House committee to seriously review this petition and hold AG Cameron accountable for his role in misleading the public and the grand jurors, and denying justice for Breonna Taylor and her family," Crump said in a statement on Friday.