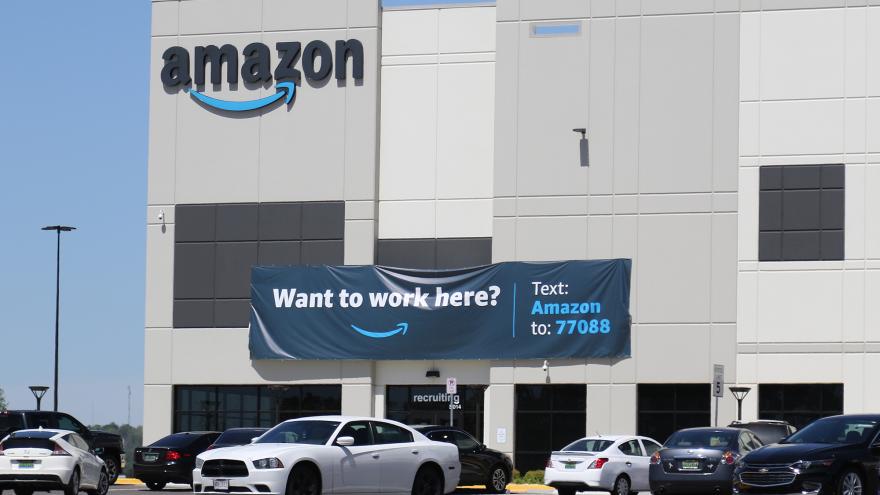 (CNN) -- Thousands of Amazon warehouse workers at an Alabama facility will begin voting next month on whether to unionize their workplace, potentially paving the way for the first US-based union at the e-commerce giant.

The election will allow approximately 6,000 employees at the company's Bessemer, Alabama, facility to cast a vote by mail-in ballots beginning Feb. 8, according to a decision from the National Labor Relations Board posted on Friday.

The union push comes at a time when Amazon's warehouse working conditions have come under heightened scrutiny during the pandemic. The company has hired hundreds of thousands more workers globally to support a surge in demand. A number of warehouse workers have spoken out about safety concerns since the start of the pandemic.

While some Amazon workers are unionized in Europe, the company has so far fended off unions in the United States. A union election was held in 2014 at a Delaware warehouse, but resulted in workers largely rejecting the effort.

The potential unionization at Bessemer has been months in the making. Workers at the facility first filed a notice in November with the NLRB about holding an election.

"Having a union at Amazon would give us the right to collectively bargain over our working conditions including items such as safety standards, training, breaks, pay, benefits, and other important issues that would make our workplace better," reads a website in support of unionizing Amazon's Bessemer workers.

Amazon did not immediately respond to CNN Business' request for comment.

During a series of hearings in late December with the NLRB, Amazon and the Retail, Wholesale and Department Store Union (RWDSU) agreed on who would be allowed to vote. The list includes a range of hourly full-time, part-time and seasonal fulfillment associates.

The NLRB wrote that it believes conducting the election by mail, as opposed to in-person as Amazon preferred, is "the safest and most appropriate method" given "the extraordinary circumstances presented by the Covid-19 pandemic."