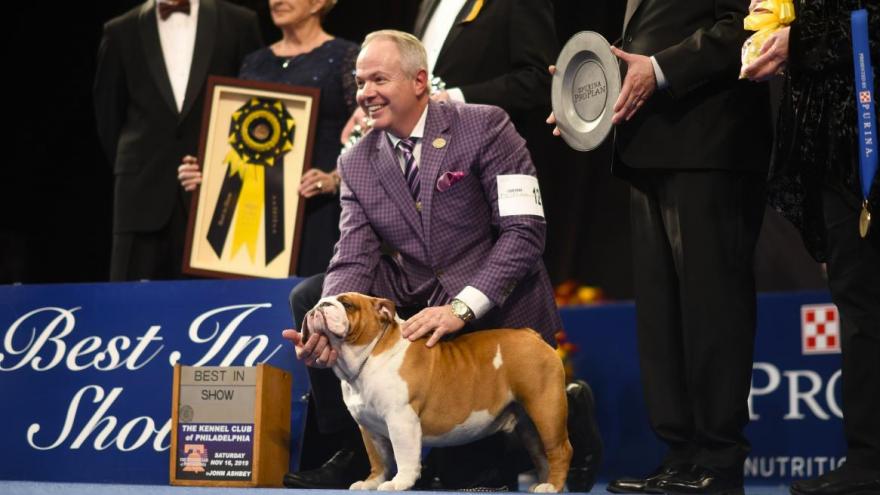 A Bulldog named "Thor" poses for a photo after he wins "Best in Show" at the Greater Philadelphia Expo Center.

The annual National Dog Show touted some amazing breeds, but a bulldog topped them all this year.

Thor beat out over 2000 dogs from over 193 breeds to claim his Best in Show award.

"I love this dog," handler Eduardo Paris said in an interview after the show, which aired on Thursday but actually took place earlier this month. "He's a very complete dog... he moves like a dream."

Thor's six other competitors were a Havanese, a Siberian Husky, a Golden Retriever, a Pharaoh Hound, an Old English Sheepdog, and a Soft Coated Wheaten Terrier.

A new breed was introduced at the show-- an Azawakh. This is the only breed that is taller than it is long, and is bred in Africa as a hunter.

Even more outstanding than the introduction of a new breed, was the woman who showed him.

Aliya Taylor, a former Philadelphia police officer, wore a hijab and was the only person involved in the event to do so.

The National Dog Show has aired after the Macy's Thanksgiving Day parade for the last 18 years. Over 20 million people tune into the program every year.