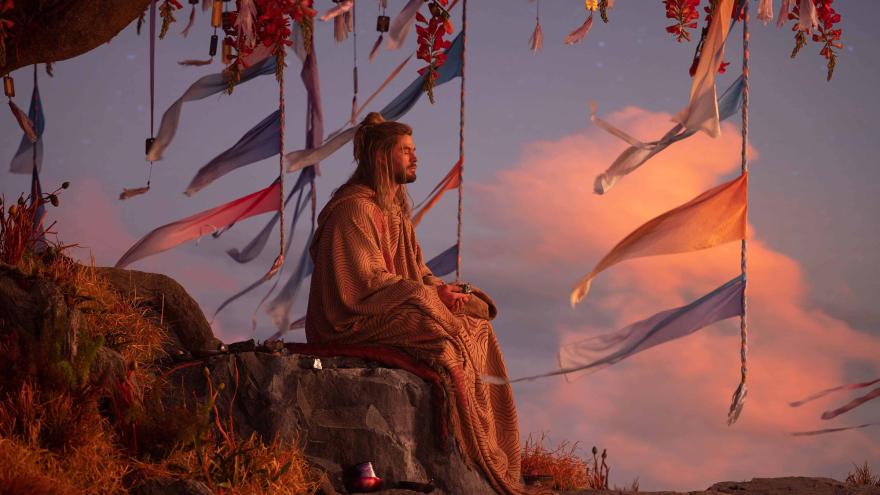 (CNN) -- Two years ago, movie theaters were suffering through the pandemic and many in Hollywood wondered if going to the movies would become a thing of the past.

Now, halfway through 2022, the reports of the death of theaters appear to be greatly exaggerated. Audiences have returned to the cineplex for hits like "Top Gun: Maverick," The Batman" and "Minions: The Rise of Gru" and there's hope in Hollywood that these films are the rule, not the exception, for the rest of the year.

Theaters should get hit with another bolt of lightning this weekend when "Thor: Love and Thunder," Marvel's latest film, hits cineplexes. Starring Chris Hemsworth and Natalie Portman as the God(s) of Thunder, it is projected to have a debut of $150 million in North America.The film made a strong $29 million on Thursday night.

Yet despite the optimism, the industry is still not completely back. Streaming remains a powerful alternative, inflation is squeezing disposable income and the second half of 2022 has a dearth of potential blockbusters.

The domestic box office has made nearly $4 billion so far this year, according to Comscore. That total is up 243% over the same time last year, but 33% lower than 2019's pre-pandemic levels.

This year's box office numbers present a "Choose Your Own Adventure" of sorts. Being down 33% could be seen as disappointing, but it could also be viewed as a success considering the last two years.

A great example of this dichotomy is "Top Gun: Maverick."

The biggest film of the year so far, in which Tom Cruise reprises one of his most iconic roles from the 1986 classic, has brought in $575 million in North America — or roughly 15% of this year's entire domestic box office.

That's excellent news for the industry, but should one movie represent that much of the domestic box office? Bock called "Maverick" a "box office anomaly that happens maybe once every decade."

There have been other hits, of course, big moneymakers from franchises such as Marvel's "Doctor Strange in the Multiverse of Madness" and Universal's "Jurassic World: Dominion" as well as unexpected upstarts like A24's trippy "Everything Everywhere All At Once," which has made close to $70 million domestically despite being a smaller, low-budget film.

So, while the 2022 box office has bounced back, it still has a ways to go before reaching normalcy. But can it get there?

He noted that summer films like "Thor," Jordan Peele's next horror film "Nope," and the Brad Pitt led "Bullet Train" all have the potential to "keep a healthy momentum rolling." However, Robbins admitted there isn't "a great deal of built-in audience content slated to open from August to mid-October."

Original films have struggled to find a sizable audience in recent years. If films like the rom-com "Bros," the mysterious "Don't Worry Darling" starring Florence Pugh and Harry Styles and others are able to find an audience it could bridge a gap to the holiday season.

If theaters can maintain foot traffic until the holidays, 2022 ends the year with sequels to two of the highest-grossing films of all time.

The much anticipated "Black Panther: Wakanda Forever" is set for November. The latter is December's "Avatar: The Way of Water," the first film from director James Cameron since the original "Avatar" in 2009, which has totaled $2.8 billion worldwide.

Can "Wakanda Forever" match the box office of the original without Chadwick Boseman, who played the title character anddied tragically in 2020? And will "Avatar" still find an audience 13 years later? The answers are unclear, but bet against Marvel Studios and Cameron — the director of many blockbusters like "Terminator 2: Judgment Day" and "Titanic" — at your own peril.

Bock, the analyst from Exhibitor Relations, believes blockbusters will continue to "breakaway at the box office," and that this year "overall will likely be considered a major success considering the titles left on the release calendar."