This working mother was detained by ICE in Mississippi. She's now free -- but unemployed, afraid and in legal limbo 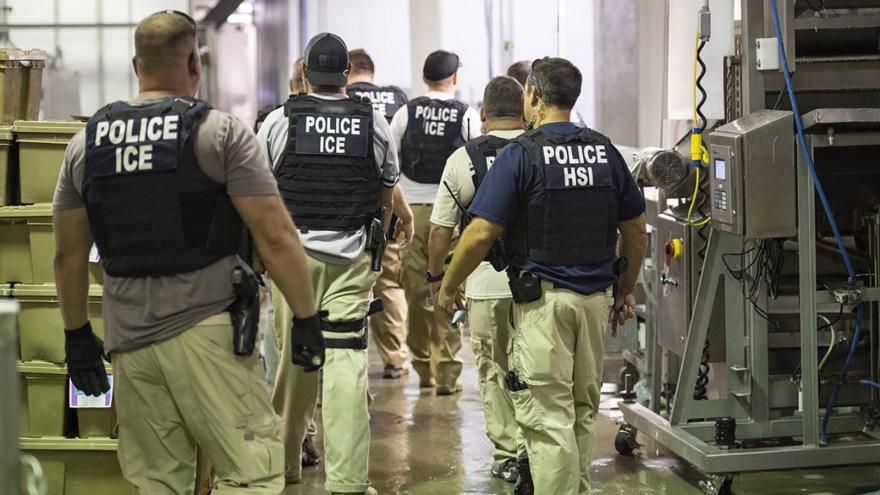 An undocumented immigrant who was detained Wednesday in immigration sweeps in Mississippi said she is exhausted from the ordeal and is deciding what to do next after her release.

(CNN) -- The single mom -- an undocumented immigrant -- hasn't slept in two days, not since she was detained Wednesday after a raid by Immigration and Customs Enforcement officials at the Mississippi food-processing plant where she worked.

Cynthia, who declined to give her last name because of her legal status, can't go back there because ICE officials kept her company ID.

Now, she's simply exhausted from the ordeal and trying to decide what to do next.

Cynthia was among nearly 700 undocumented workers arrested in raids at seven food-processing plants in six Mississippi cities. She was released overnight Thursday in a city almost an hour from her home in Morton, home to two of the plants.

ICE agents told Cynthia she could go home, she said, because she's caretaker to her 12-year-old daughter. The girl was seen in a video on Facebook begging an ICE official to let her see her mother.

Cynthia said many of the people detained had small children or babies. The raids traumatized everyone, including her daughter, she said.

ICE weighed whether arrestees are parents, the agency said

Cynthia recalled seeing dozens of buses waiting at an airport hangar that was used as a makeshift processing center at a National Guard base. She believes ICE agents divided people into groups: those with final deportation orders and those with criminal records, she said. Cynthia was put into a third group, she said.

More than 300 migrants who were arrested were released, Bryan D. Cox, an ICE spokesman, said Thursday in a statement. At least 377 migrants remained in custody, Jere Miles, the special agent in charge for the Department of Homeland Security said.

The undocumented immigrants who were arrested were interviewed by ICE staff to "record any potential mitigating humanitarian situations to include adults who may have children at home or school," ICE said in a statement on Twitter.

ICE determined who would be detained or released from custody on a case-by-case basis, officials said. Migrants were placed in removal proceedings before federal immigration courts. Those who previously had been ordered removed were processed for removal, ICE said.

Gratitude amid a looming fear

Cynthia was given a date to appear in court in January, she said.

The mother said she isn't a criminal. She's lived in the United States for more than a dozen years, working and raising her family, she said. She'd most recently been employed at Koch Foods in Morton; plant officials did not immediately respond to CNN's request for comment about the ICE raid.

Cynthia has thought about going back to Guatemala, but she probably won't because her daughter is a US citizen and getting an education here, she said.

For now, she is afraid, she said. But she is also grateful for how kind an ICE officer was to her daughter, walking her to the bus and telling her that her mom wasn't going to be deported, the Facebook video shows.

"He was so patient," Cynthia said.