This wordless comedian is now the most-followed person on TikTok 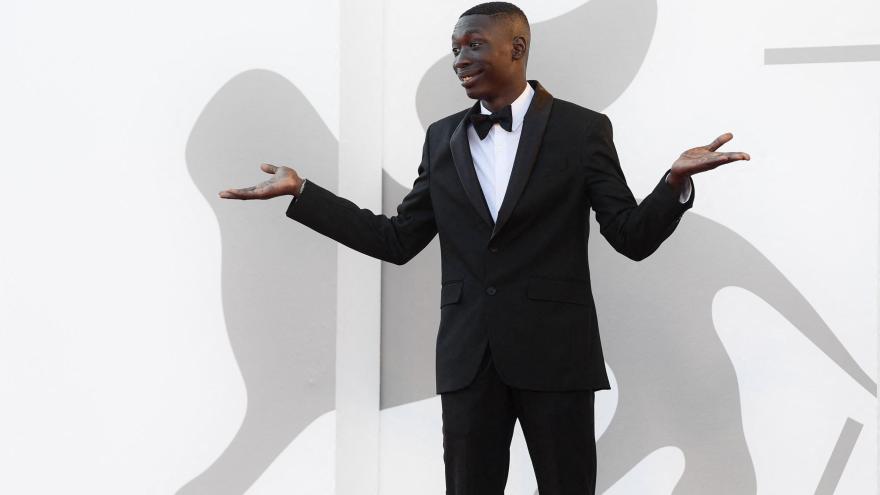 (CNN) -- Comedian Khaby Lame has become the king of TikTok -- all without uttering a word.

With more than 142.9 million followers, Lame has dethroned teen dancer and content creator Charli D'Amelio to become the most-followed person on the platform.

Lame, 22, who was born in the West African nation of Senegal and now lives in Italy, creates videos in which he reacts wordlessly to absurd life hacks, racking up millions of views and likes with each post.

In the past few weeks, his fans launched a social media effort to push him past D'Amelio on TikTok. On Instagram, Lame has 78.3 million followers compared with D'Amelio's 48.8 million.

Lame, (prounouced Lah-MAY), started posting videos after he lost his job as a factory worker in Italy in the early days of the pandemic in 2020. He spent his days holed up at his parents' home in the Italian city of Chivasso, looking for jobs. One day, he downloaded TikTok and started tinkering with it in his bedroom, posting videos of himself under the name Khaby Lame.

At first, like a lot of TikTokers, he created clips of himself dancing, watching video games or doing comedy stunts. In early 2021, he began making fun of the life-hack videos that flood social media platforms -- reacting to them with a wordless shrug or a look of exasperation.

"I came up with the idea because I was seeing these videos circulating, and I liked the idea of bringing some simplicity to it," Lame told CNN late last year. " I thought of a way to reach as many people as possible. And the best way was not to speak."

In addition to the life hack videos, Lame also posts short comedy skits that feature his expressive reactions -- but no words.

His reactions personify the term "shaking my head," or SMH in internet shorthand. After his common-sense approach to a task, Lame extends his arms with his palms facing upward, as if to say, 'duh.' Sometimes he throws in an eye roll or a shake of the head.

These silent but expressive reactions have made him one of the most recognizable digital creators on social media.

"You don't need to speak to be seen or understood," Christina Ferraz, founder of Houston-based public relations agency Thirty6five, told CNN. "His exasperation is relatable, and feelings are universal."

Lame's deadpan humor has attracted fans from all over the world, who regularly send him videos of people performing simple tasks in complicated ways.

His stoic facial expressions have also turned him into a meme star -- with his face reposted in reaction videos on social media.

Lame did not immediately respond to a CNN request for comment on his new reign as the most-followed TikTok account. But he told CNN last year that he does not post the videos to gain fame.

"I don't care if I'm first or second or fourth most popular on TikTok. I started making videos because I wanted to make people laugh in that period of lockdown," he said. "And I keep making videos with the same ideals. I'm happy about my accomplishments, but those are not my main things."

Lame has said one of his goals is to work with his favorite movie star, Will Smith.