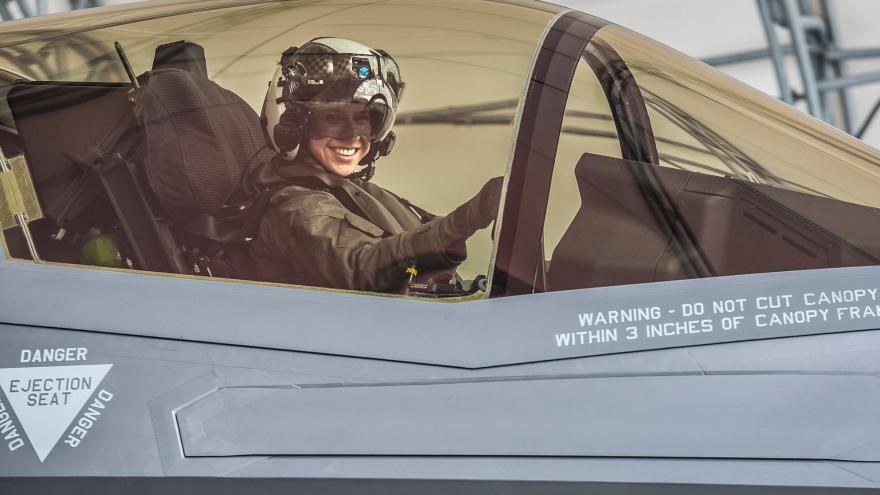 She is the first female Marine to pilot an F-35B aircraft, according to the Marine Corp. Satz trained all over the country for the last four years before accomplishing her goal and finishing the course on June 27.

"At each of my training schools I did my best," said the Boise, Idaho, native in a statement. "I truly believe that showing up prepared and working diligently are two major keys to success."

Satz flew the F-35B Lightning II Joint Strike Fighter by herself for the first time in October -- and the rest is history.

"The syllabus thoroughly prepares you for that first time you take off and for every flight after that, it's an exhilarating experience," said Satz.

Before the Marines, Satz flew a helicopter with her commercial pilot's license, experience she credits as helping with her military success. She now has over 300 flight hours and is assigned to her first operational unit, Marine Fighter Attack Squadron 121, in Iwakuni, Japan.

"I'm very grateful for the instructors, the maintainers, and countless others at 501 who lent me their expertise and time while I was going through the syllabus," Satz said.