This week in travel: Mask mandates and tourist tax 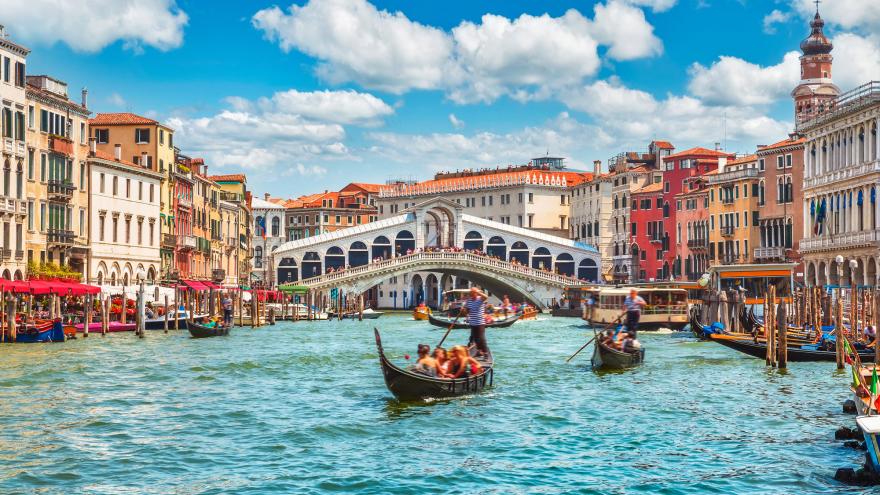 (CNN) -- The US mask mandate for planes and public transportation has been struck down, Venice is introducing an entry fee for tourists, and Chicago O'Hare International Airport is getting an $8.5 billion makeover.

Here are the big stories in travel this week.

Added to that, there's the ongoing saga of the US transportation mask mandate.

A federal judge ruled Monday that the government's mask mandate for airplanes and public transport was unlawful, but two days later, the Centers for Disease Control and Prevention announced that it had asked the Department of Justice to appeal the ruling.

Three major US airlines have announced they'll be letting some passengers previously banned for mask violations back on their flights. Here's everything you need to know about the new US mask rules (for now).

Chicago O'Hare International Airport was for decades the world's busiest airport, but became notorious for congestion and poor customer satisfaction. A new $8.5 billion makeover is set to transform this huge Midwestern hub.

The current holder of the "world's busiest airport" by passenger traffic title is Hartsfield-Jackson Atlanta International.

Global travel and tourism GDP could be back to 2019 levels by next year, says a hopeful new forecast by the World Travel and Tourism Council.

It also reckons tourism will be a driving force for the global economic recovery, creating one in three of all new jobs. Some US airlines are also expecting record revenue.

In Venice, however, some of those tourism dollars will come from a new €10 entry fee (about $11) that will be introduced next year. It will be the first city in the world to introduce an entry fee. However,Wales and Edinburgh are some of the other European destinations considering a tax on tourists.

The CDC has overhauled its travel warning list, meaning many countries that previously carried a "do not travel" advisory are now simply "be up to date with your Covid-19 vaccines before visiting."

And after a couple of choppy years for the industry, we took a look at the comeback of cruising.

Did you know that the restaurant chain Hooters once had its own airline, complete with tank-topped "Hooters girls"? Or that a Florida airline named Smokers Express tried to offer passengers on-board steaks and burgers with a side of free cigarettes?

Then there's Pet Airways, also based out of Florida (why is it always Florida?), which was dedicated to cats and dogs (our tips on pet passports here). Find out more in our roundup of unusual airlines that really existed.

No sand? No problem

Panama's Bocas Bali resort had everything -- except for a beach. So they built one, 90 feet (27 meters) long and, unusually for sandy shores, over water.

In case you missed it

Can the world's largest plane ever fly again?

Rebuilding the Antonov An-225.

Two strangers met on a New York dance floor on Easter weekend in 1998.

And their friend Jesus was there, too.

Across Canada by rail.

Anthony Bourdain takes on Quebec in the "Parts Unknown" podcast.

The ideal reusable water bottle is light, durable, easy to drink from, doesn't leak and keeps hot things hot and cold things cold. Our partners at CNN Underscored, a product reviews and recommendations guide owned by CNN, have tested water bottles on the market in 2022 and selected the best of the best.