This Washington county is the first to ban facial recognition technology, official says 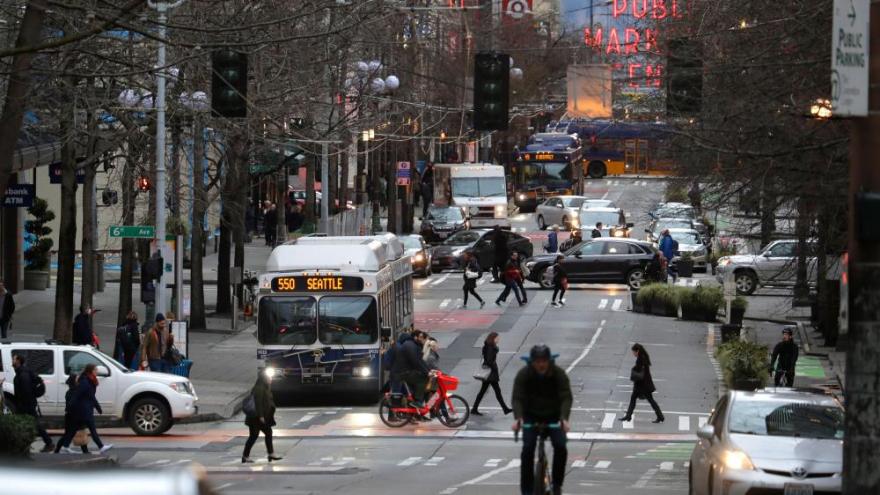 A county in Washington state banned all local government agencies -- including the local sheriff -- from using facial recognition technology.

(CNN) -- A county in Washington state banned all local government agencies -- including the local sheriff -- from using facial recognition technology.

The King County Council voted unanimously on Tuesday to prohibit its administrative offices from using software applications that identify a person from an image of their face.

"The use or misuse of these technologies has potentially devastating consequences which the new ordinance will help to prevent," legislation sponsor Jeanne Kohl-Welles said in a statement.

Kohl-Welles added that King County is the first county government to pass the ban. The use of the technology will be allowed only to help identify missing children.

In recent years, facial recognition technology has become ubiquitous, but controversy surrounding it has grown as well. Privacy advocates and justice activists have criticized it.

A 2019 federal government study, among other research, found widespread evidence that racial and ethnic minorities -- particularly those who are dark-skinned -- were far more likely than lighter-skinned people to be misidentified during the testing.

King County Council members had those concerns in mind when they decided to green light the ban on the technology in their jurisdiction, which is home to more than 2 million people and includes Seattle.

"Today's unanimous vote to adopt a facial recognition ban is a huge win for the residents of King County and an important step forward in the effort to stop government use of this harmful and racist technology," said Jennifer Lee with the American Civil Liberties Union of Washington.

Last year, Amazon said it would temporarily stop providing its facial recognition technology to police forces as part of a commitment to fighting systemic racism. Microsoft and IBM also made similar moves.

The King County Sheriff's Office previously told CNN affiliate KING that it does not use facial recognition technology.

King County Executive Dow Constantine said through a spokesperson that he's supportive of the legislation and will sign it into law.

"The use of this technology is invasive, intrusive, racially biased and full of risks to fundamental civil liberties. I am proud to sponsor this ban which is supported by local community groups, public defenders, immigrants' rights advocates, racial justice organizations, workers' rights groups, privacy advocates, and technologists," said King County Councilmember Dave Upthegrove.