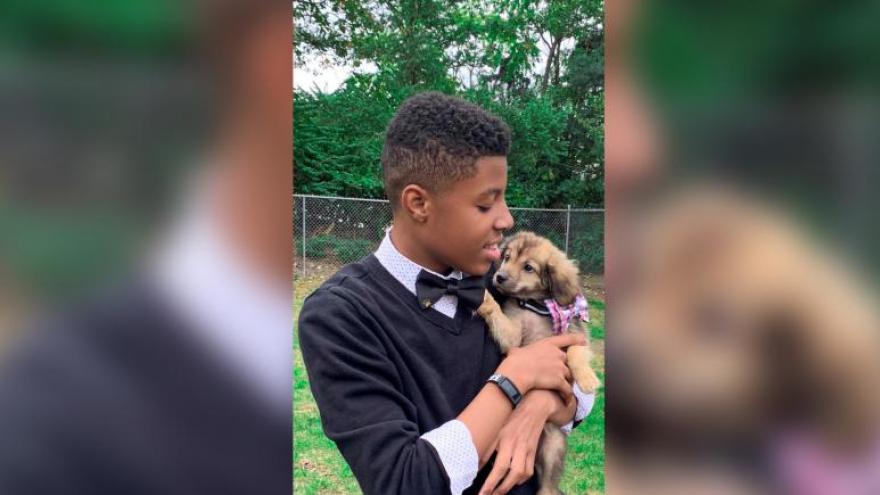 This dapper dog got noticed at her shelter because of Brown's bow tie.

(CNN) -- A 13-year-old from New Jersey has embarked on the cutest mission ever. He sews tiny bow ties for cats and dogs to help them get adopted.

Sir Darius Brown came up with the idea in 2017. He wanted to help draw attention to dogs that were displaced by Hurricane Harvey and Hurricane Irma, according to his website.

"I didn't have a lot of money to help so I used my creative skills," he wrote on Instagram in January. He has been making bow ties as a hobby since 2010.

He started by making bow ties for animals at an ASPCA in New York, according to his mom, Joy Brown. But once he got there, he realized dogs all over the world needed homes, and he wanted to help them stand out.

Since then, he has made over 500 bow ties and started a company, Beaux and Paws, said his mom. She estimates that he has helped get dozens of cats and dogs adopted at more than 20 shelters.

He's currently raising money on his GoFundMe page to personally deliver bow ties to shelters in all 50 states.

"He now has this thing where he spins the wheel and he selects a state and animal shelter," his sister, Dazhai Shearz, told CNN affiliate WCBS.

In 2018, President Barack Obama gave him a Presidential Commendation. In January, he was featured as one of GoFundMe's kid heroes. And he was he was just named the 2020 New Jersey State Honoree for the Prudential Spirit of Community Awards.

"I know that I'm doing something right, raising an amazing kid who is inspiring people all over the world," his mom said. "I tell him all the time, ''I wanna be like you when I grow up.'"