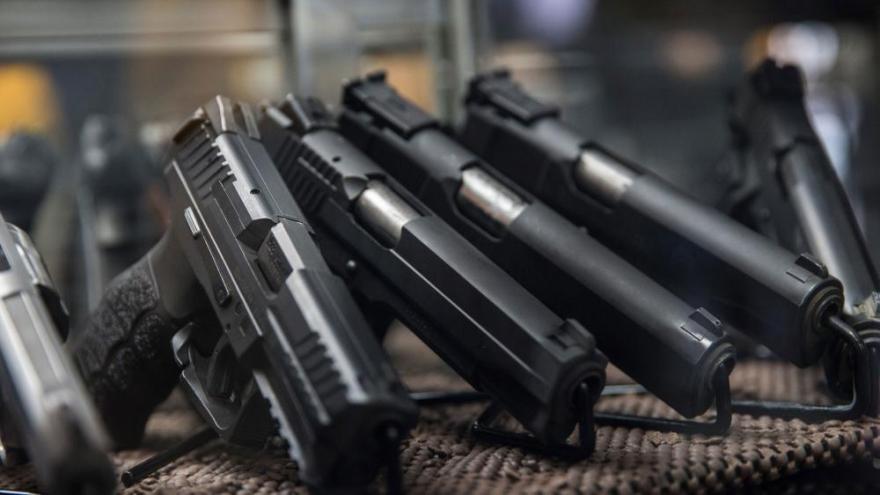 San Jose, California, is getting closer to adopting a first-in-the-nation law to address gun violence by requiring all gun owners to pay a fee and carry liability insurance.

(CNN) -- San Jose, California, is getting closer to adopting a first-in-the-nation law to address gun violence by requiring all gun owners to pay a fee and carry liability insurance.

The Silicon Valley city's council is due to vote Tuesday on the ordinance, whose dual-pronged approach aims to reduce the risk of gun harm by incentivizing safer behavior and to ease taxpayers of the financial burden of gun violence.

"Certainly the Second Amendment protects every citizen's right to own a gun. It does not require taxpayers to subsidize that right," Democratic Mayor Sam Liccardo said Monday at a news conference, estimating that San Jose residents incur about $442 million in gun-related costs each year.

Mass shootings have impelled Liccardo to push the fee and insurance measures -- first after the 2019 slayings at a festival in nearby Gilroy, California, then following last year's deadly siege at public transit facility in his city. The mayor has compared the plan to car insurance mandates, which he credits with dramatically reducing traffic fatalities.

Just 52% of Americans polled in late 2021 said "laws covering the sales of firearms" should be stricter, the lowest number Gallup has measured on the question since 2014. Meanwhile, there is a direct correlation in states with weaker gun laws and higher rates of gun deaths, including homicides, suicides and accidental killings, a study released Thursday by Everytown for Gun Safety found.

A guns rights group has threatened to sue

Under San Jose's proposed law, gun owners would be charged an annual $25 fee directed to a nonprofit set up to distribute funds to gun crime prevention and to victims of gun violence. The measure also would require gun owners to obtain liability insurance that would cover damage caused by their weapon.

Lower premiums for those with gun safes, trigger locks and completed gun safety classes are expected to incentivize safer behavior.

As to enforcement, police officers crossing paths with gun owners would ask for proof of insurance, much like they do with car insurance during traffic stops, Liccardo explained.

While some would be exempt, including those in law enforcement and with concealed carry permits, pushback is expected, the mayor acknowledged.

"If the San Jose City Council actually votes to impose this ridiculous tax on the Constitutional right to gun ownership, our message is clear and simple: see you in court," Brown said.

The National Foundation for Gun Rights in July sent a cease-and-desist letter to Liccardo and the council's 10 members stating it intends to file suit as soon as the ordinance is passed. The group was reacting to a June 29 council action in which "you voted unanimously to have the City Attorney research and draft an ordinance that would impose a mandatory fee on gun owners and require them to buy gun liability insurance," the letter states.

San Jose has identified a law firm that would represent the city on the issue at no charge, mayor's spokesperson said.