This police department's Tesla ran low on power during a pursuit 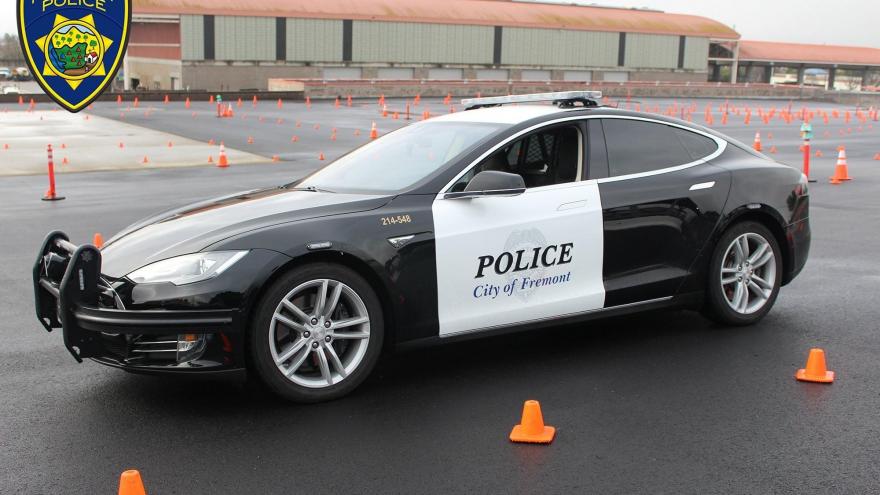 A Tesla electric patrol car belonging to a police department in San Francisco ran low on power in the middle of a pursuit.

A Tesla electric police patrol car in the Bay Area ran low on power at one of the worst possible times last Friday -- during a pursuit.

It's unclear exactly why the 2014 Tesla Model S 85 wasn't fully charged and lost juice at such an inopportune moment, according to Fremont Police Department's spokesperson, Geneva Bosques.

"It happens from time to time, especially if an officer returns to the station to take a report and then they never go back out in the street," she told CNN.

The police officer driving the Tesla was pursuing a suspect who was wanted in connection with a crime in Santa Clara, according to Bosques. After confirming the license plate, the officer attempted a traffic stop, the car failed to yield and the driver took off at a high rate of speed, she said.

"Just realized I am down to six miles of battery on the Tesla, so I may lose it here in a sec," the officer driving the Tesla said, according to Fremont Police dispatch audio obtained via Broadcastify.

Other police units were following behind to assist and ultimately took over the pursuit with help from California State Highway Patrol, according to Bosques. She said the chase was called off after 10 minutes when it was deemed unsafe because of the way the suspect was driving.

Fremont Police said they are still in their 6 months of a pilot program testing the integration of the Tesla with the department and that they are keeping track of all the data.

"We have no written policy regarding gas or charging, but the general guideline is that it should at least be half full at the beginning of the shift, which this car was," Bosques said.

Bosques said last week's incident doesn't change the way the department feels about the performance of the car for patrol purposes.

Correction: This story and headline have been updated to correct where the pursuit took place and to clarify that the Tesla's battery was running low.