This National Suicide Prevention Week, learn the signs someone's at risk for suicide 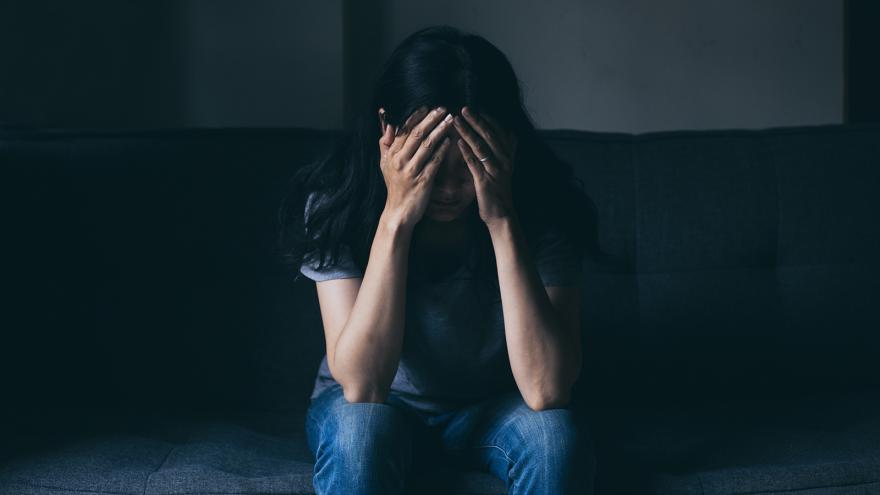 Editor's note: If you or someone you know is struggling with suicidal thoughts or mental health matters, please call the National Suicide Prevention Lifeline at 988 (or 800-273-8255) to connect with a trained counselor or visit the NSPL site.

(CNN) -- Suicide is a leading cause of death among children and adults, but spotting risk factors and warning signs isn't easy.

It's National Suicide Prevention Week September 4 through September 10, part of Suicide Prevention Awareness Month. Nearly 46,000 people in the United States died by suicide in 2020, which is about one death every 11 minutes, according to the US Centers for Disease Control and Prevention.

Researchers still haven't nailed down how to better predict who's at risk for attempting suicide, and whether or when vulnerable people will do it, said Justin Baker, clinical director of The Suicide and Trauma Reduction Initiative for Veterans at The Ohio State University Wexner Medical Center.

"That is extremely, extremely difficult," he said. "You can look back in time, when someone's made an attempt or has died, and go, 'Oh, look at all these things that were going on in their life.' The difficulty is that a lot of people handle or experience those types of stressors as well but never go on to (attempt suicide)."

Additionally, there isn't always a long timeframe wherein someone is considering suicide and showing signs -- and there can be as little as 5 to 15 minutes between someone deciding to attempt suicide and doing it, Baker added.

"What we collectively understand is it's an emotional dysregulation and cognitive error that occurs," Baker said. "They can't fix the situation, or they can't think their way through the situation, so suicide becomes a viable option as a way to manage the pain that they're in. So they may take action on it in that really short, brief window."

But there are some situations wherein a person who is suicidal and planning for a longer period of time will show behavioral changes, Baker added.

If you think you or someone you know is at risk, trained counselors with the 24/7 National Suicide Prevention Lifeline could help you work through any signs you're experiencing or seeing. To increase its accessibility, every state began rolling out 988 as the new lifeline on July 16. The previous number, 1-800-273-8255 (TALK), will always remain available to people in emotional distress or suicidal crisis, according to the Substance Abuse and Mental Health Services Administration.

Here are some of the most common behavioral, verbal and emotional signs and risk factors you should pay attention to, according to experts.

Behaviors to watch for

Some people might seem like their usual selves in the weeks or days leading up to a suicide attempt, while others might show behavioral changes that don't track with what you know about them, said Michael Roeske, a clinical psychologist and senior director of the Newport Healthcare Center for Research & Innovation.

Those can include practicing or preparing for suicide, which could look like exhibiting unusual behaviors with guns, pills or other potentially lethal items, according to SAMHSA.

Other potential behavioral red flags include giving away cherished belongings, sleeping too much or too little, withdrawing or isolating oneself, showing rage or desire to enact revenge, and acting anxious or agitated, according to Roeske, Baker and SAMHSA. Getting really intoxicated one night or driving recklessly could also be signs to watch out for, Roeske said.

Such behavior might be them "testing themselves to see if they can actually do it," Baker said. "A lot of times people need to kind of work up to that actual making an attempt because it's a biologic thing you have to go against, your own survival."

Talking about wanting to die -- by suicide or otherwise -- is another warning sign that should always be taken seriously, Roeske said. Such comments are sometimes just expressions of discomfort, pain, boredom or desire for closeness rather than a reflection of actually wanting to die, but that doesn't mean you don't monitor the person who's making them, he added.

Some people might say they feel like they have no reason to live. "If someone is struggling to come up with a reason for living, that's a much higher-risk person than someone who's even able to identify one (reason)," Baker said.

Others talk about feeling like a burden on those close to them, Roeske said, or like they don't belong anywhere or with anyone. Such comments might include "You don't need me for this anymore" or "I feel like it'd be better if I just wasn't here." Teenagers considering suicide might not want their guardians to use their money for college, he added.

Mood and other risk factors

Psychological factors, distressing situations or genetics can increase the likelihood of someone considering, attempting or dying by suicide, according to SAMHSA. These risk factors can't cause or predict a suicide attempt, but being aware of them is important, according to SAMHSA:

If any of these signs resonate with you, seek professional help and talk with someone you can trust and feel supported by, Baker said. Psychotherapy and certain psychiatric medications, such as antidepressants, can help, Roeske said.

If a loved one is showing signs they might be at risk of suicide, "it's not really your job to be able to predict the future," Baker said. But you can be supportive and intentional about asking them what's going on, Roeske and Baker said.

"You're not going to cause someone to be suicidal by asking directly about suicide," Baker said. "The worst they're going to say is 'no' and not get offended. If they are, still ask them. I'd rather have someone offended at me than dead."

When checking on someone, use what experts call a narrative, person-centered approach, Baker recommended. That might look like an open-ended question: "Hey, I've noticed life's gotten overwhelming these past couple days. Do you want to tell me about it?"

As the person responds, you can, to some extent, listen, express appreciation for them sharing their story and offer to help figure it out together, without offering advice on how to handle it, Baker said. But if your loved one seems more at risk or in the process of attempting suicide, "you no longer have time or the luxury to get their opinion," he added. Get medical care or call 911.

When Roeske first started working as a clinician, he had a young female patient who was a very accomplished equestrian, went to a prestigious school and had a lot of family resources, he said -- but she had been chronically suicidal for 10 to 15 years, since she was a teenager.

"Every time she would go to her mom and tell her that, her mom would (say things like) 'Oh, you're so beautiful. Look at how you are with the horses,'" Roeske said. "And (the patient) said, 'What it felt like was Mom was afraid of what I was saying and needed to distance herself from it.'

She said that therapists would do the same thing -- you know, 'create a positive gratitude list or correct your cognitive distortions.' Finally, there was a psychiatrist that looked at her as she said, 'I think I'm going to kill myself.' And the psychiatrist said, 'I think you might, too.' And she said it was the first time someone was willing to be in there with her."

When talking with someone who's suicidal, you might want to tell them all the wonderful reasons why they should stay alive, Roeske said -- but that can actually make them feel more lonely.

If you're concerned about someone who lives in your household, mitigate opportunities to attempt suicide by restricting access to or removing potentially lethal items such as firearms or pills, Roeske said. Just hiding a gun isn't a sufficient precaution, experts have said.

Unfortunately, "we are no better able to predict who will die by suicide than who will be in a car accident," Baker said. "This does not help to alleviate the grief or pain for those who have lost loved ones to suicide, but hopefully it helps remove some of the guilt and responsibility."