This Muslim basketball player refused to take off her hijab, opening new doors for athletes of other faiths 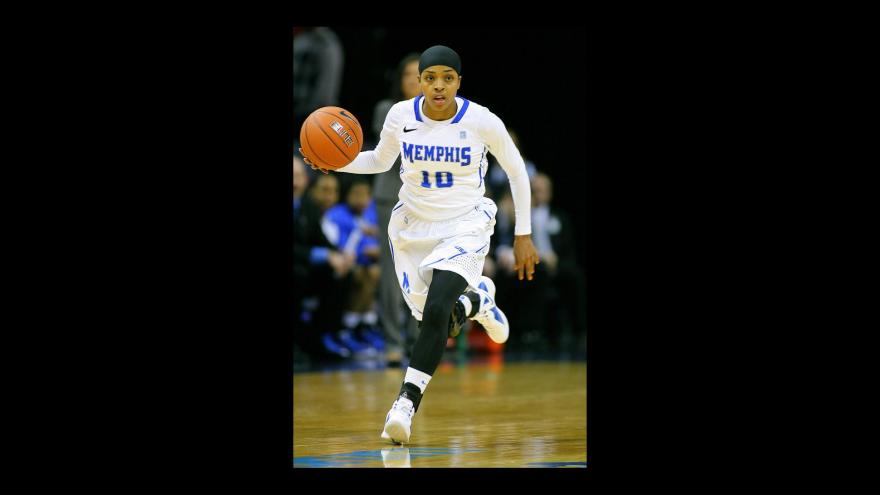 Bilqis Abdul-Qaadir, a Memphis Lady Tigers guard at the time, dribbling the ball up the court against the Tulane Green Wave. Abdul-Qaadir, 29, holds the high school career scoring record in the state among both boys and girls, according to the Massachusetts Interscholastic Athletic Association.

(CNN) -- Bilqis Abdul-Qaadir dreamed of playing professional basketball ever since she was a child shooting hoops in Massachusetts.

She came to life on the court, bringing with her fiery passion and an undefeatable spirit that made her a worthy opponent.

She practiced hard, studied the game and won title after title for the New Leadership Charter School in Springfield. To this day, Abdul-Qaadir, 29, holds the high school career scoring record in the state among both boys and girls, according to the Massachusetts Interscholastic Athletic Association.

At the University of Memphis and later Indiana State University, she also became the first woman to wear a hijab while playing NCAA Division I basketball.

But just as Abdul-Qaadir's professional career was about to take off, her dream was cut short by a rule that forced her to choose between the game and her religious choice to wear the Islamic headscarf.

"For the first time in my life, I was really tested," Abdul-Qaadir told CNN. "I couldn't play professionally, so I had to make a decision. I considered taking the hijab off to play. It was a dream since I was a kid, and it was my faith keeping me from reaching my dream. I was so torn."

Refusing to choose, Abdul-Qaadir challenged the rule prohibiting headgear larger than five inches -- a decision that would end her dream but make the game more accessible to players of different faiths.

It would also lead Abdul-Qaadir to a new calling: teaching young girls how to become champions.

Wearing a hijab on the basketball court had never been a problem for Abdul-Qaadir. It wasn't until her senior year at Indiana State in 2013, when she was preparing to play professionally in Europe, that it became an issue.

Her agent informed her that the International Basketball Federation, or FIBA, stipulated that no player could wear a head covering -- including the hijab -- during games.

"They told me the league wanted to keep the game of basketball religiously neutral," Abdul-Qaadir said. "When we asked them why athletes who have religious tattoos, like crosses or biblical scriptures, were allowed to play, they then turned it into how hijab weren't allowed because it was a safety hazard."

Not satisfied with FIBA's answers, Abdul-Qaadir petitioned the federation for a rule change. In 2014, FIBA began a lengthy review of its policy. And Abdul-Qaadir continued to practice as she advocated for change within the federation.

"There were moments where I was like 'forget this, why am I doing this? FIBA isn't budging, why am I still pushing forward?' It was getting difficult," Abdul-Qaadir said.

Finally, in October 2017, FIBA approved a new rule that allows players to wear ratified headgear that minimizes the risk of injury and is the same color as a team's uniform.

In a statement on its website, FIBA said: "The new rule comes as a result of the fact that traditional dress codes in some countries -- which called for the head and/or entire body being covered -- were incompatible with FIBA's previous headgear rule."

Players of many faiths celebrated FIBA's decision, including Jewish players who wear kippahs and Sikhs who wear turbans.

"There is zero conflict between my faith and my ability to play basketball," Darsh Preet Singh, the first turbaned Sikh basketball player in the NCAA, said in 2017 while praising the rule change. "I am thrilled about FIBA's decision, which will allow athletes across the world to pursue their dreams without compromising their faith."

For Abdul-Qaadir, the victory was bitter sweet. While she helped change the rule, working alongside other athletes to raise awareness, most teams now considered her too old to play professionally.

She was distraught but found solace in her accomplishment. She also found hope in what it meant for the next generation of Muslim basketball players.

Somewhere along the journey, she fostered a new dream to help those players become champions.

In 2014, while advocating for the rule change, Abdul-Qaadir launched "Muslim Girls Hoop Too," an initiative aimed at instilling "confidence, self-worth, strength, and most importantly, a sense of faith" through basketball.

"After I chose not to play, my ultimate goal was teaching as many young Muslim girls basketball as possible so that they could see that sports could lead them to not only a career, but through life with strength and self confidence," said Abdul-Qaadir, who had earned a master's degree in coaching from the University of Memphis.

"I also just love seeing the smile and glow on a young girl's face when she makes her first shot and looks back at me and says, 'man, did I just do that?' I live for that moment," she said.

Maryam Al-Sabawi, a player who's been training with Abdul-Qaadir for two years at the London Islamic School in Ontario, Canada, said all the girls in her program look up to their coach and athletic director.

"Ever since I met her I was starstruck. She inspired us to be change makers. Every single time I hear her story it inspires me," Al-Sabawi, 14, told CNN. "You rarely see people who look like you, who wears hijab and are in such a position of power and success, and she was robbed of her right to play."

Before she met Abdul-Qaadir, Al-Sabawi wanted to wear the hijab but was afraid doing so would mean sacrificing the sport. Now a freshman at Oakridge Secondary School in Ontario, she has made the decision to wear the headscarf and says she is "no longer afraid of what that means."

"From Bilqis, I learned that I'm enough, that I don't need external validation. If we don't fit into the rules, we don't give up. We change the rules," Maryam said.

As for Abdul-Qaadir, she says she doesn't regret her decision to fight the FIBA rule.

"Now I just live vicariously through the people who did get to play," Abdul-Qaadir said.

"There's Batouly Camara playing now overseas in the country I wanted to play in, Spain, and she's wearing hijab playing under FIBA leagues. I'm halal jealous, in a way," she joked. "But I love the fact that door has been opened. I'm proud to say that if it wasn't for me sacrificing my career and staying strong, she maybe wouldn't have that opportunity to play."