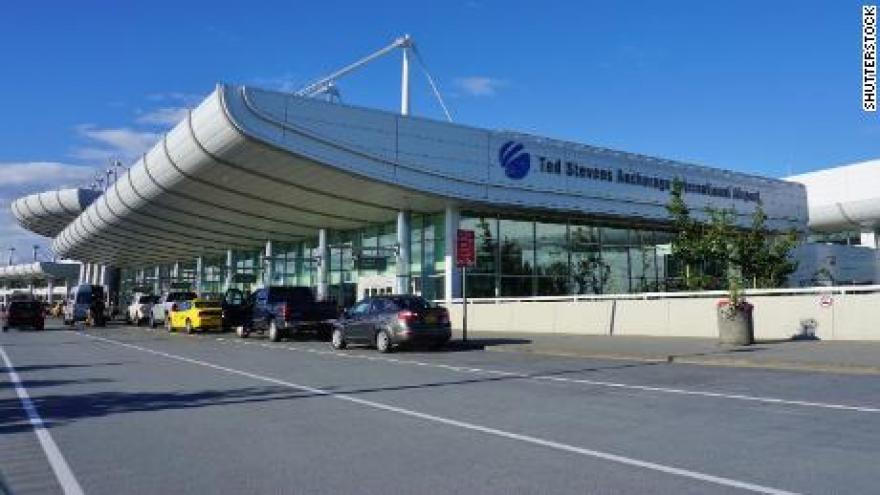 Kemba Walker of the Boston Celtics, in fetal position after colliding with Semi Ojeleye Friday in Denver.

(CNN) -- An Alaska man was arrested for allegedly smuggling heroin and methamphetamine hidden in rotten goat intestines at the Anchorage airport.

Cenen Placencia, 71, from Kodiak, was arraigned on Friday for a complaint charging him with possession and intent to distribute controlled substances, the US Attorney for the District of Alaska said in a release.

Placencia was home from Ted Stevens Anchorage International Airport. Investigators asked to search the luggage he checked in, a 47-pound fish box that was sealed with duct tape and tied with rope, the District of Alaska said.

CNN reached out to the Alaska Public Defender Agency for comment from Placencia's attorney.

Investigators found "loosely wrapped meat pieces frozen together in a single large mass," the District of Alaska said. "The meat did not appear to be for human consumption, and packaging and shipping was inconsistent with the standard methods of meat processing."

Once the meat started to thaw, investigators said the meat's odor revealed it was rotten and unsafe to eat.

Inside what investigators believe were goat intestines were 10 duct tape-wrapped balls of meth and heroin, the District of Alaska said. In total, 389 grams of methamphetamine and six packages of about 740.5 grams of heroin were recovered.

Placencia told investigators he bought the goat for $140 from a rancher in California and packed his luggage with the intention of eating the intestines, the District of Alaska said. Placencia denied knowing anything about the meth and heroin.

In February, the Alaska State Troopers said in a report a narcotics investigation had begun on Placencia. In March, police found drugs and cash in his home, including 247 grams of heroin and 13 grams of crystal meth, the troopers report said.

If convicted, the District of Alaska said, Placencia could face 40 years in prison and a $5 million fine.